At or around this time, we made a healthy, informed, democratic decision to get
back on drugs as soon as possible. It took about 12 hours.

We're on a road to nowhere

[Note: I've been receiving complaints that the layout of takealotofdrugs looks like it was done by a six year old. If I had to guess, I'd say I have not made any changes to the template in six years. I'll try jazzing things up a little starting now.]

If you could fly from Napier to New Plymouth, it would be a very short flight. But due to some mountains (and a general lack of roads), New Plymouth is one of the furthest places we can get without leaving the North Island. (I'm sure somebody is about to come along and name 18 places in Northland that are further...) 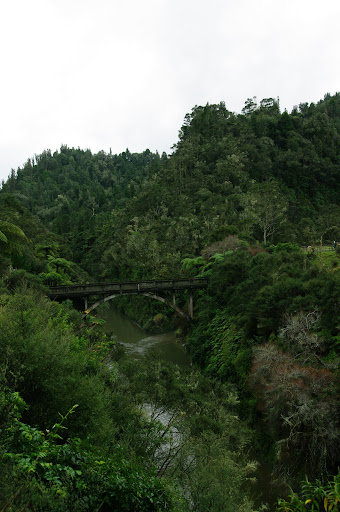 To keep things interesting, we decided to drive back via the Forgotten World Highway. I would like to be able to post some fabulous vistas, but the weather was not really cooperating. 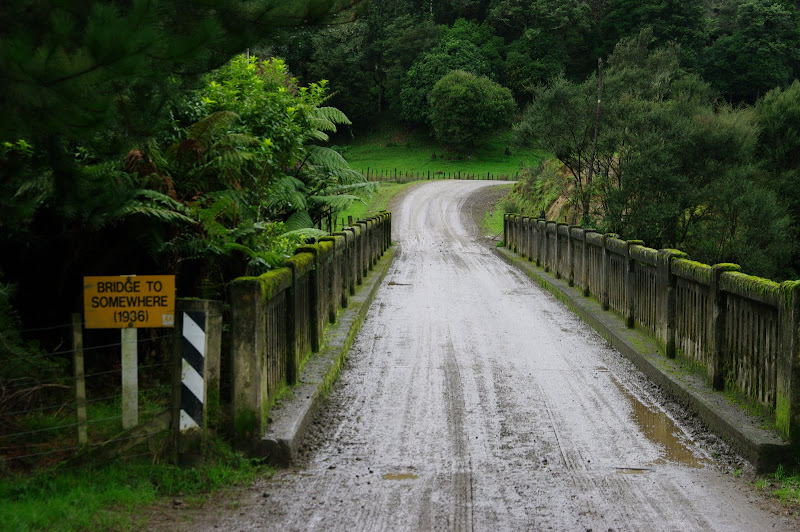 At the halfway point (of the Forgotten World Highway, not halfway home), we stopped in the Republic of Whangamomona...a town which seceded from New Zealand in the eighties. Apparently, some drunk guys came up with the idea to promote tourism. As far as I can tell, the NZ Government has a sense of humour about this sort of thing, and did not send in the troops. 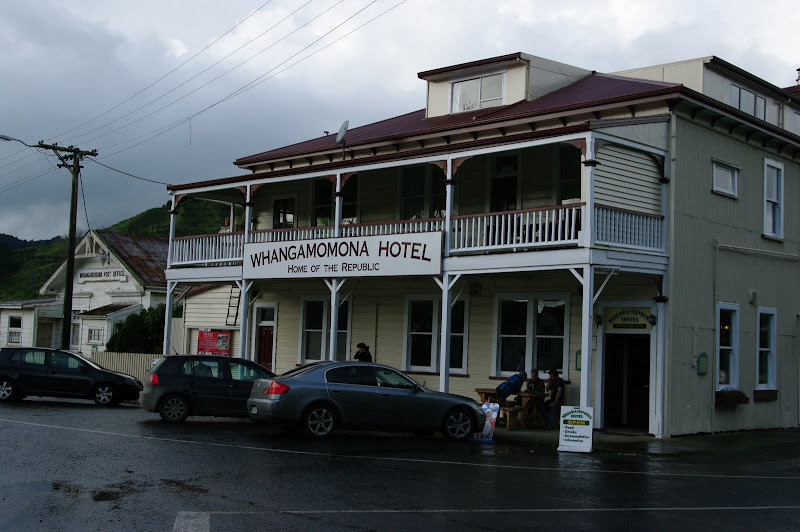 The highway passes by several ghost towns; Tangarakau Village once had 1200 residents. I was picturing something a little like this Old West Town. I had, of course, forgotten that Kiwis have a habit of moving their homes around.

Sadly, there was nothing left of Tangarakau Village...except these four houses, which might be recent arrivals. 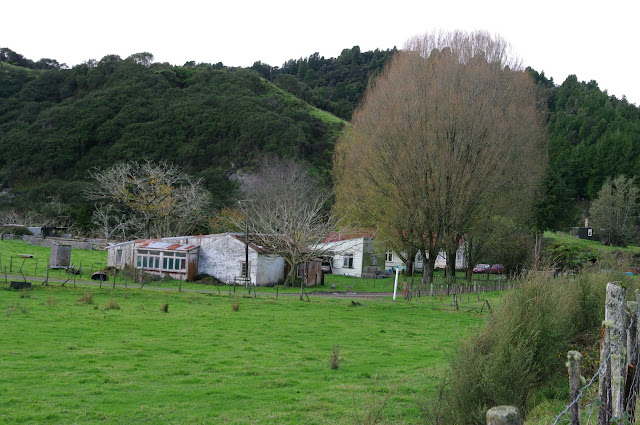 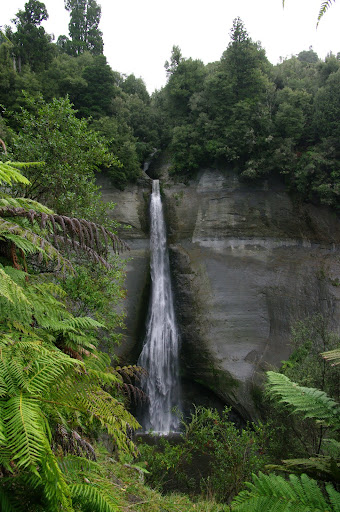 Although there are few signs of human civilisation on the Forgotten World Highway, the sheep are never far away. 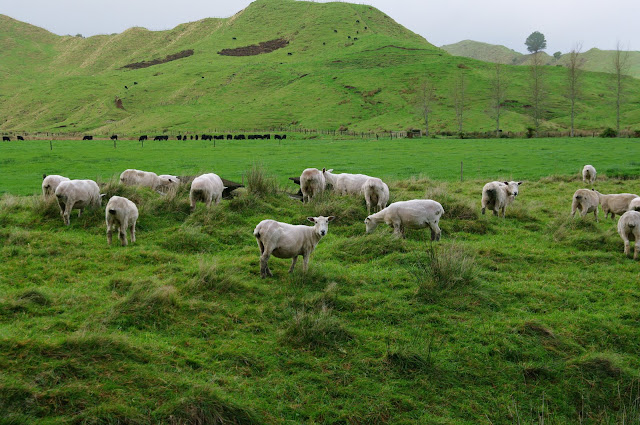 The template is going to need a little more work that I had thought. I'll keep working at it.

Our weekend in New Plymouth began at the Govett-Brewster Art Gallery. They were running some special event where a bunch of musicians played "contemporary" classical music around the exhibits. Here's a sextet in the museum cafe. 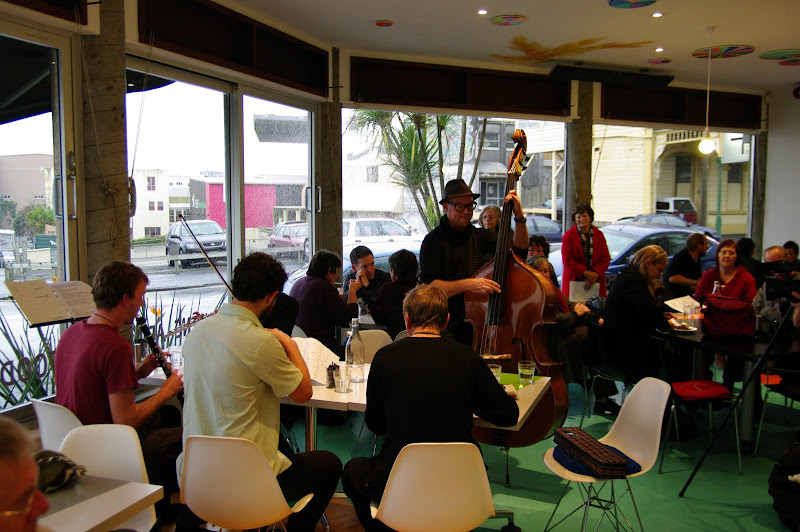 After that, things at the museum got a little...weird; still, New Plymouth is certainly a city that cares about the arts. Here's a giant wind wand thingy. 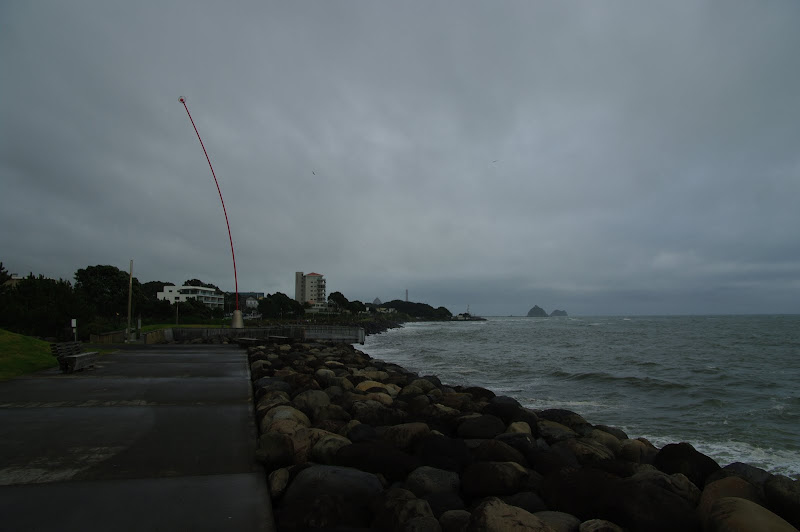 I could have spent all day photographing the Te Rewa Bridge (photo stolen, as I came across it whilst running and did not have my camera). 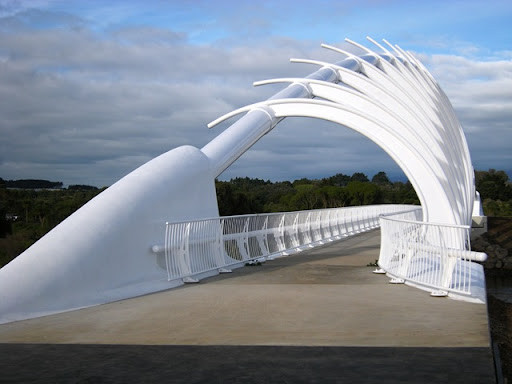 One does not have to spend long in New Plymouth before noticing a vibe very different from that felt in Napier. 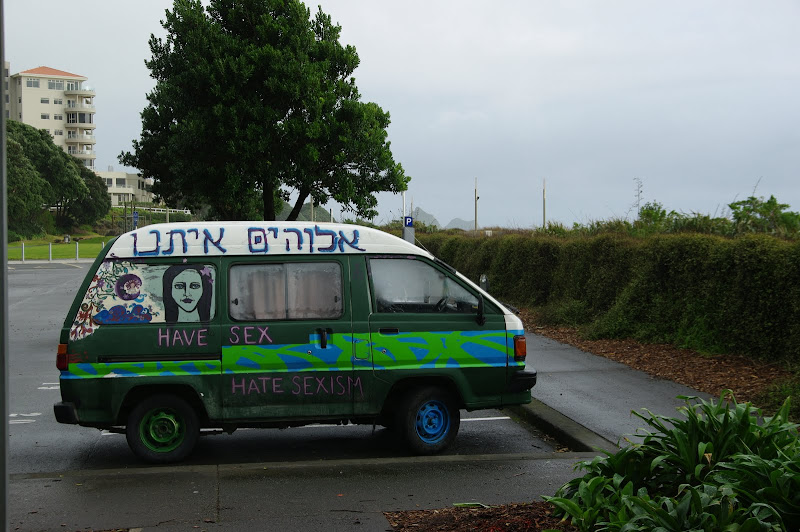 A short walk from downtown takes you to Pukekura Park. There are a bunch of fountains around the park...but you have to turn them on. Here's a waterfall in its resting state. 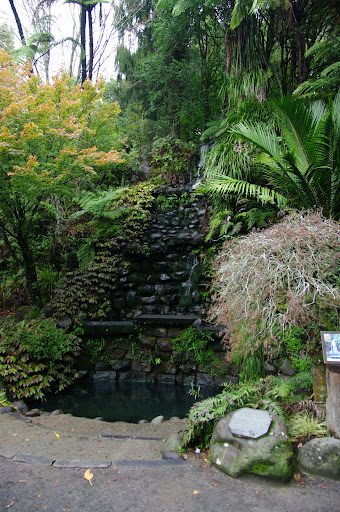 After a little button pressing... 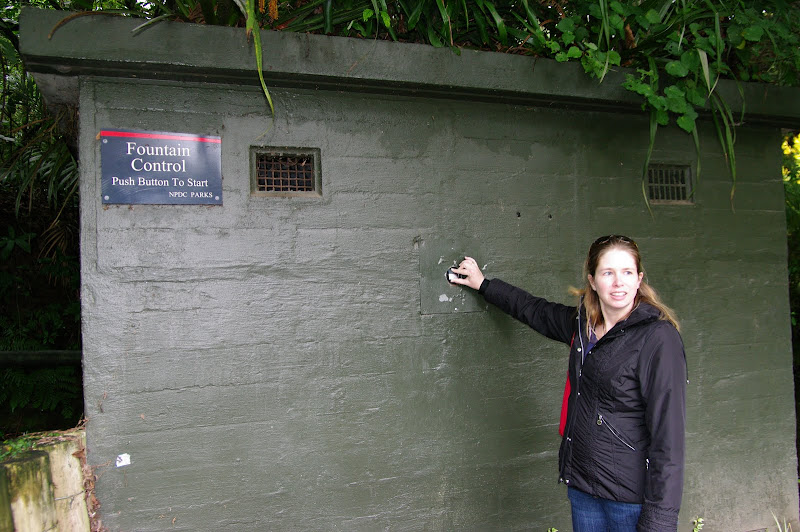 The waterfall comes to life. 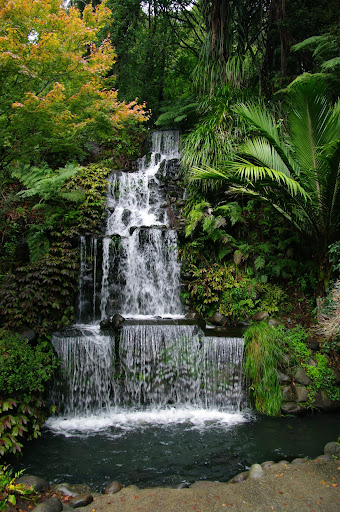 [Which brings me to an aside I've been meaning to write about for a while: Electricity is outrageously expensive in New Zealand. I would be embarrassed to let you Americans know how much an average electric bill runs us (and we are mostly off the grid for heating). I am constantly following Nicole around turning off the myriad of lights she leaves burning. I've been afraid to look, but I would guess our power bill quadruples when we have (American) guests. Every time we stay in a hotel, I feel like a character in a William Gibson book who can't figure out why she is able to take an unlimited shower in an expensive hotel (and assumes there's a meter somewhere measuring the water so that the hotel will be able to accurately charge the person paying for the room.) ]

Back to the post at hand: One of the best things about living in New Zealand is, there's always someone you know near by. Here's Cloudy, making her second takealotofdrugs appearance. She is the only person I've ever seen who can eat ice cream while driving. We were eating ice cream in the car because it never stops raining in New Plymouth. 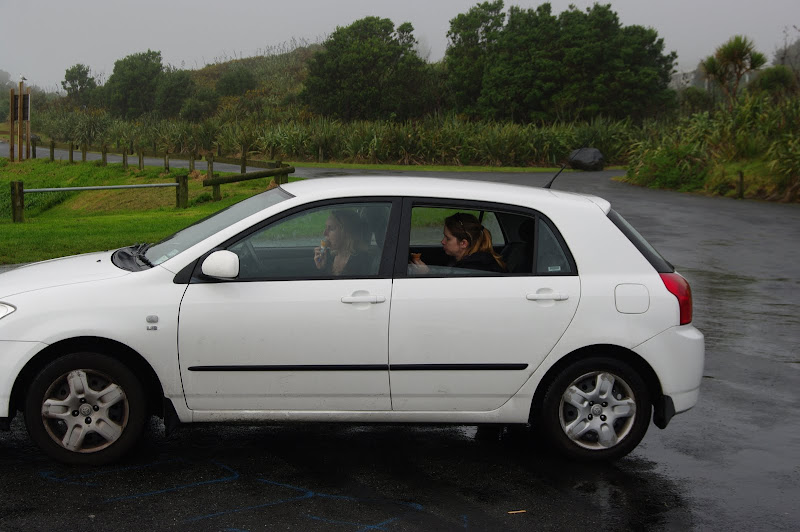 Look at that, a bottle with my name on it. 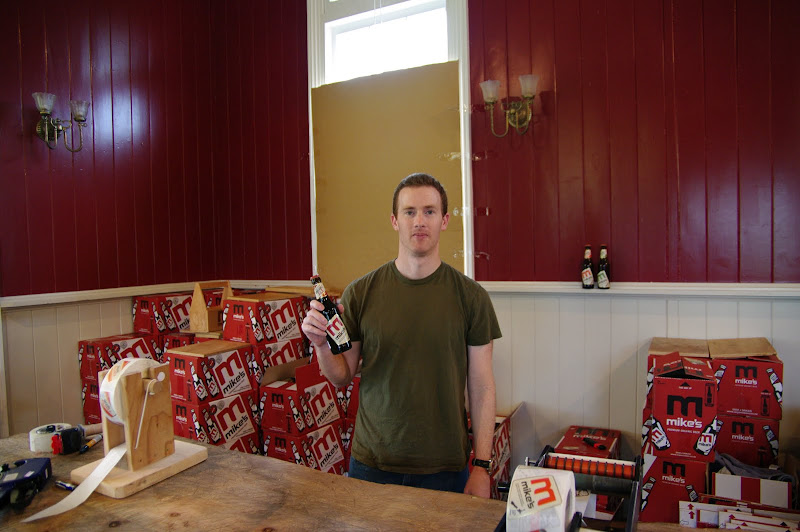