Most people do not have the will/desire to carry around a 4 pound camera on a bicycle trip.

The thirty+ tandem teams from our recent trip to New Zealand were invited to upload a dozen photos each (or was it two dozen?) to make a collective photo album. A local artist was then given the task of selecting the best photos (and cropping/finishing them) for inclusion in said album. I have not counted, but I believe 20 of my photos made the final cut.

Beware the Ides of April…

I am told I have picked up a few new readers, so I feel obligated to write something. I usually tell people that one can tell how busy I am at work by how frequent the posts appear. So, in case the reader had not noticed: I am still busy at work.

Also, there is not much going on that has been worthy of writing.

Yes, that last post was an April Fools joke.

No, the New Zealand thing was not a joke. Okay, the part about the sheep was a joke…I tried shearing a sheep in New Zealand, and did not have much affinity for it. The sheep kept flinching, which made me flinch, which resulted in a very poorly sheared sheep. I would require several years of training to make a living raising sheep.

But we really are considering a move to New Zealand. I will be writing the CAOP in June (they do not “take tests” in Kiwi), which requires a trip to Auckland (or London, or any city in Australia). To prepare for said exam, I have spent the last couple of weeks studying British therapeutics. Surprisingly, most of the book has been a review. (Surprising mostly because I do not remember ever opening a textbook whilst in pharmacy school.) I am waiting on a few more books which are being shipped from the far corners of the earth.

“Why New Zealand?” You ask...The copyrighted text below was borrowed from this book. Mr. Publisher: Please appreciate the free plug I have given your book…or at least send me a warning letter before suing me. 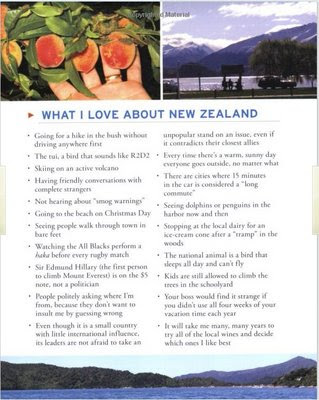 It is with some sadness that I tender my resignation, effective immediately. After much inner probing, I have decided to accept a position with the American Panascope Corporation, and will soon begin overseeing development/production of a new generation of surgical tools.

I shall miss our building, and all of its inhabitants. I would miss the florescent lights, but I understand my new company has a pretty decent set.

With the time I have spent at Prescription Solutions, I leave here knowing that I can get the job...but can I do the job?
Posted by Michael Lasko at 4/01/2009 03:30:00 AM 3 comments:
Newer Posts Older Posts Home
Subscribe to: Posts (Atom)