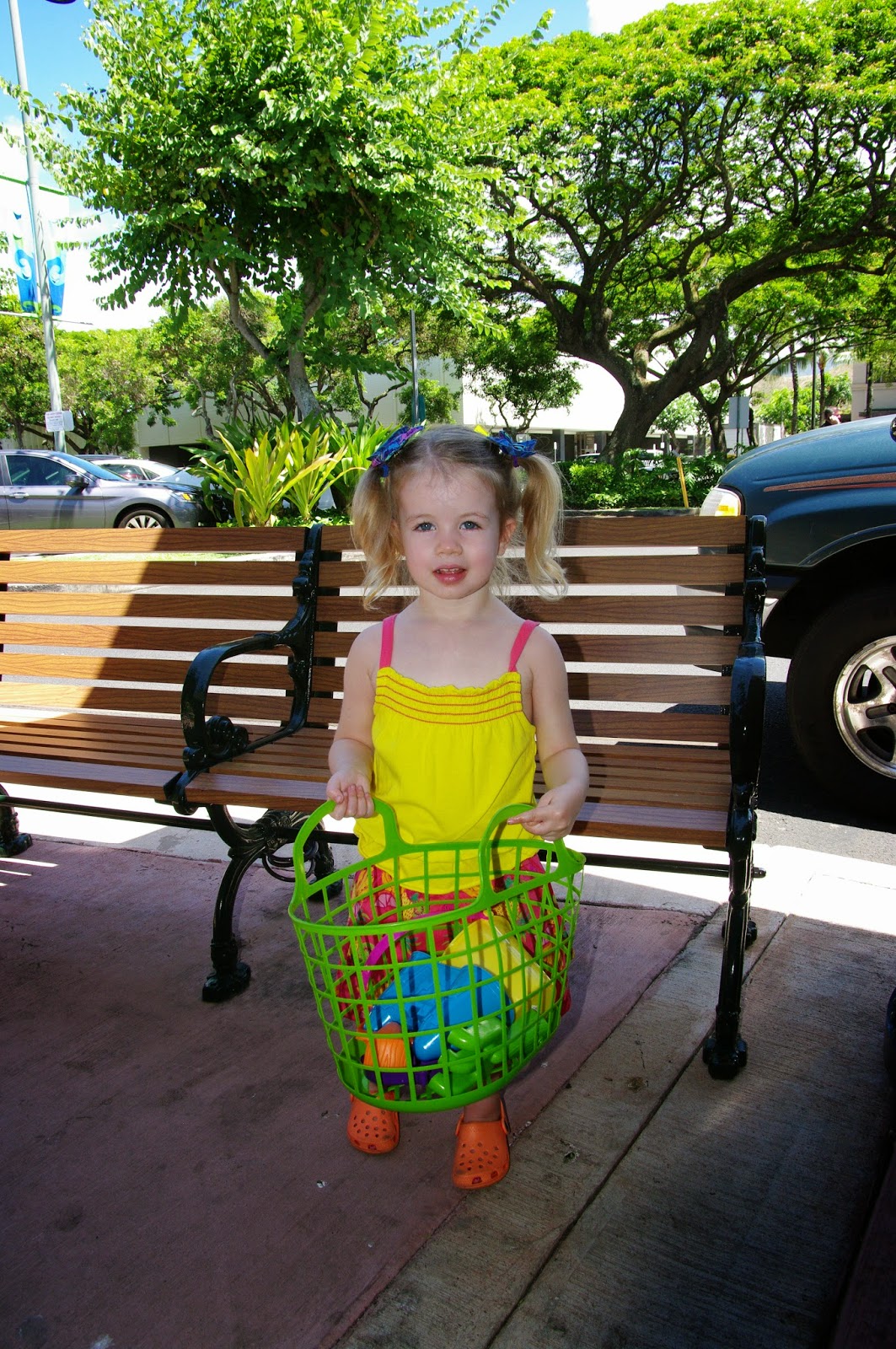 Here she is with her beach toys. I'm guess this bench is somewhere in Waikiki that is not quite at the beach. Jancie very likely wants to go to the beach, but the fact that she's smiling and not crying about it leads me to believe that she has not been waiting very long to go to the beach. 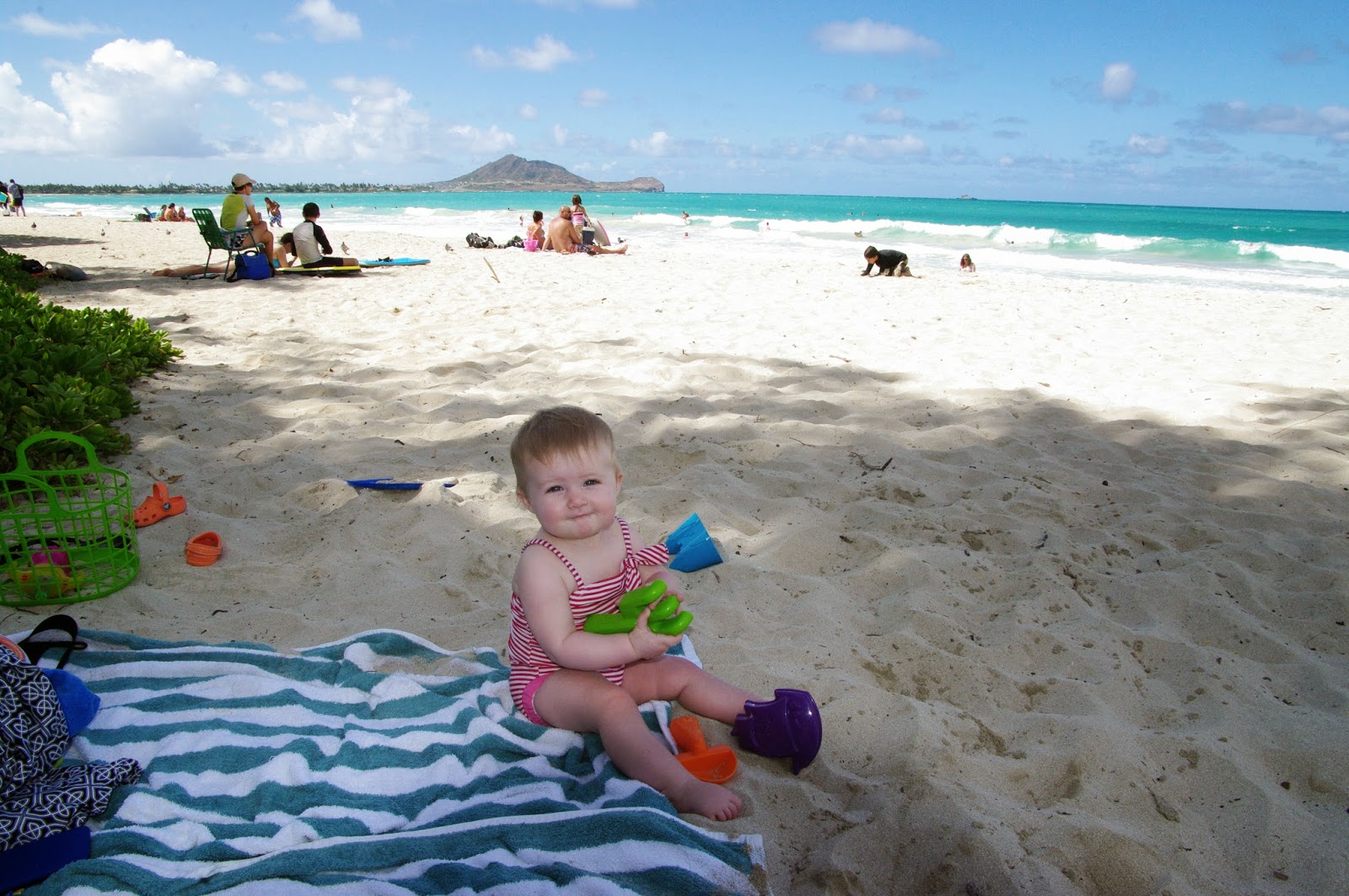 And here we have a rare picture of Zooey playing with Jancie's beach toys. I can't remember where we took this picture. Possibly it is Kailua; maybe an interested party could figure out which island that is and then determine the location of Zooey from there. 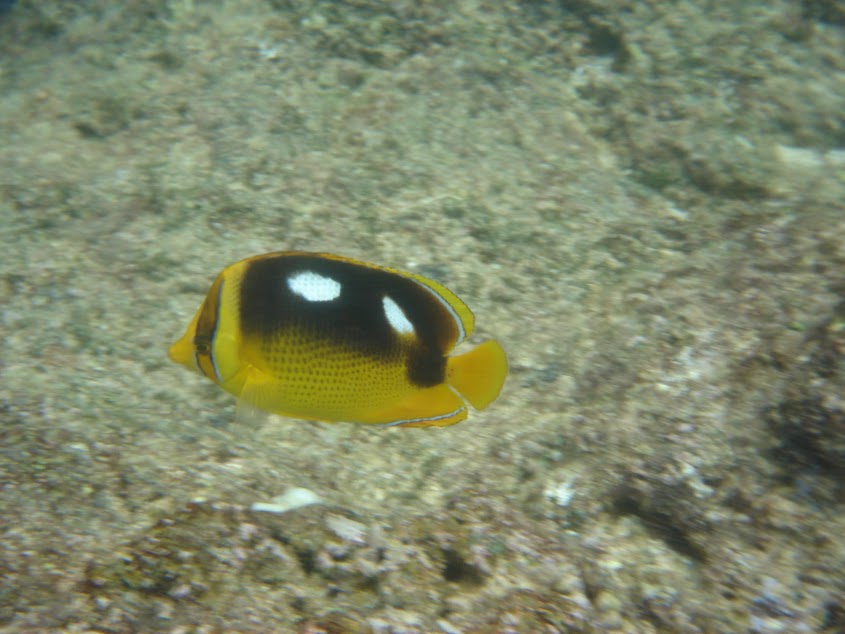 I met this yellow fish at Shark's cove. He was swimming along innocently, and then I stole his soul with my waterproof Sony camera. Taking photos underwater proved difficult, and few came out as well as this one.

Shark's Cove is supposed to be the best place to snorkle with turtles, but there were not any present the two times we were there. We did run into some very lazy ones on nearby Turtle Beach, but none of them felt much like swimming. 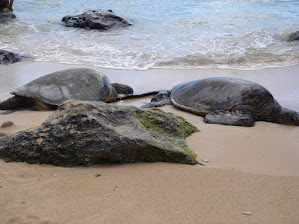 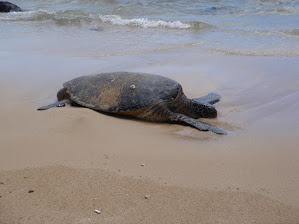