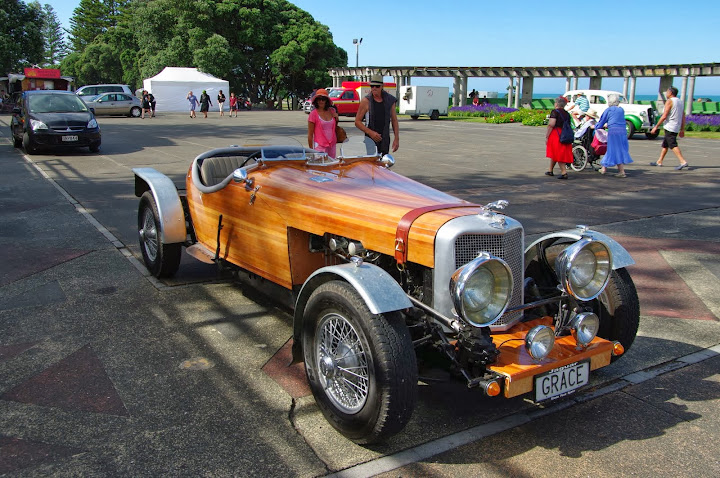 Is this the coolest car ever? Yes, it's a Jaguar made of wood.


On to the important stuff: The official rules state that one cannot set up a gazebo for the Gatsby Picnic until Sunday morning at 6 AM. But those in the know get there sometime before 5 AM to claim the best spots. I woke up around 5, and was able to find a pretty respectable piece of real estate, and sure enough the cops came by around 5:40 and cautioned everyone about waiting to erect any structures for another 10 minutes. After going home to try sleeping for a couple of hours, I returned to find about a dozen gazebos blown away and destroyed by the wind. Fortunately, ours remained standing, but as the wind was continuing to build, I made the call to retreat to the more protected beach side of the treeline. My early morning was for naught. 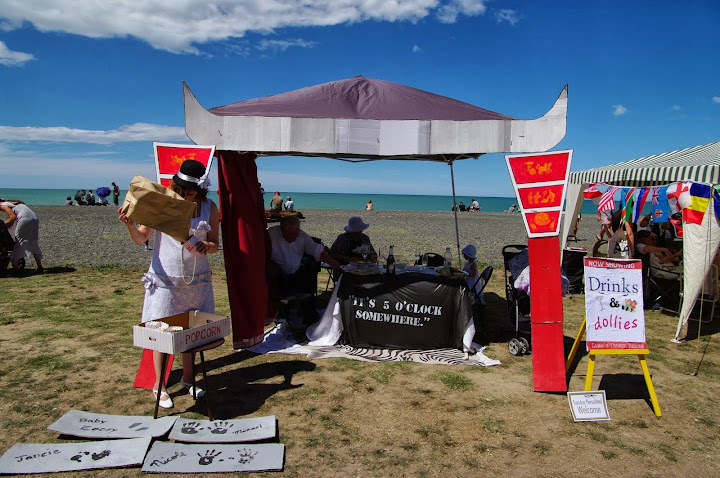 It was still windy down by the beach, but we were able to picnic without too much damage. Nicole's work even got a mention in the local paper:

"One cheerful group had a sign "Drinks and Dollies" on their nifty nest..."

Now that's just all around poor reporting. We (mainly Nicole) built the Grauman's Chinese Theater, complete with hand/foot prints out front. Inside we were a silent movie (and everything was black and white, including the food). The wind prevented the screen and title cards from being displayed behind us, but otherwise the effect was pretty good. And all they notice is the sign (which is clearly a movie poster)? Did I mention there was free popcorn? 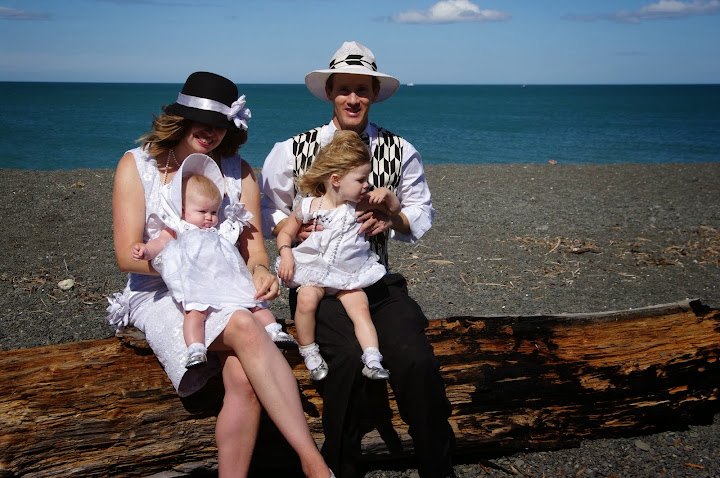 At the end of the day, we attempted to take an Art Deco Family portrait, but Jancie was not cooperating at all.