My eldest daughter has been very non-interested in my career thus far. Apparently, if something doesn't involve talking trains, talking cars, or singing penguins, it just doesn't rate on the Jancie scale. Naturally, I have thought of changing careers, perhaps becoming an engineer or an Antarctic ornithologist...I am getting on in years, and may have already missed my race car driving window.


Then I started thinking: Maybe I should return to my roots. We're headed back to Southern California in a few weeks. Jancie has never heard of Disneyland, but I am certain she wants to go. What could be more impressive than the guy who runs Captain EO?
Also, Disneyland has gotten unaffordable for all but richest Americans (and perhaps the world's richest foreign tourists); getting into Disneyland free is easily the best perk of working at Disneyland (followed closely by meeting your future spouse).


But then I started thinking: I quit that job because it paid so little. Will my daughter still respect me if I can't afford a set of souvenir mouse ears? And probably Nicole will want a matching set for Zooey. The math just does not work out. 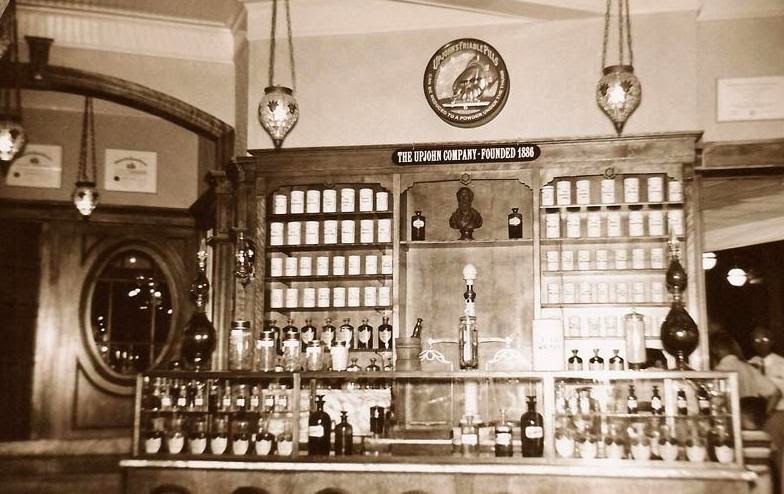 Fortunately, there is a simple solution. Reopen the Upjohn Company Pharmacy. Yes, a pharmacy. Right there on Main Street, USA. Where could anyone find a better location for a pharmacy?
And so we are off on a new/old adventure. Goodbye to my Kiwi friends, coworkers, and other acquaintances. It has been a mostly pleasant 4+ years. Hello Disneyland, California.
Posted by Michael Lasko at 3/31/2014 01:00:00 PM