In case you missed it, we moved to Maui. 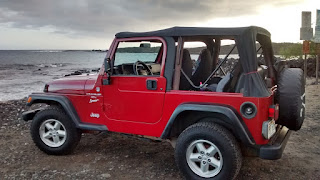 The most exciting thing that has happened so far: I bought a Jeep. I first wanted to buy a Jeep in 2000, but it was for Nico...and she wanted a Miata. 15 years later, and I bought almost the exact same vehicle. I knew buying anything this old would be expensive, but I did not understand how expensive Jeep ownership can be. The problem is that parts/accessories are so cheap and readily available, that making improvements becomes an addiction. Instead of buying seat covers, one cannot help but notice that new seats do not cost much more. And it gets worse from there.

My first purchase was a lot of tools; including a new bottle jack (original jack was frozen) and a new tire iron (original does not fit any of the current lug nuts). 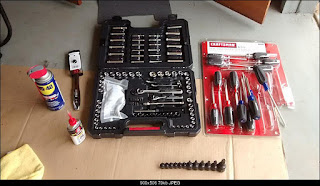 Then I decided the seats were a little too nice, so I bought seat covers. (Turns out I was wrong. The upholstery is nice, but they're quite rusted and falling apart underneath.) 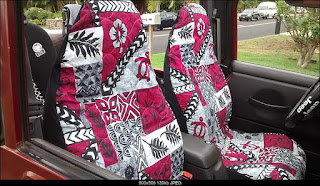 And then Nico got sick of constantly moving car seats around evwey time Jancie wanted to go ride in the Jeep. 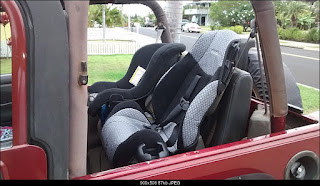 Shortly thereafter, I entered restoration mode and decided to do something about the dented tailgate. It is hardly noticeable, but it causes the spare tire to not fit very well (It had 6 pounds of air in it when I bought it. After inflation, only two lug nuts are holding it on.) Even though it was the wrong color red, I couldn't pass up a junkyard replacement. I'm not sure what I'm going to do with it yet. 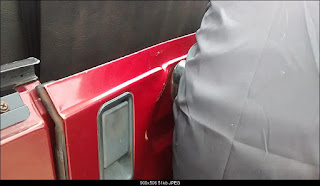 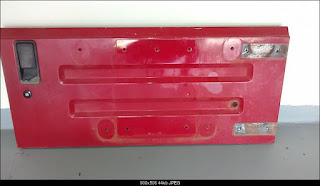 The previous owner put on a Sierra replacement top, which didn't fit quite right in a couple of places. I suspected the frame was bent, and today's project was to take the top off and see what I could fix cheaply. The side pieces (not sure what they are called) are definitely bent...or at least one of them is--they do not match each other. They are impossible to bend back without better equipment than I have. And it's not worth doing, as bow #2 (I think it's number 2) is rusted through. I don't know what's holding it together. 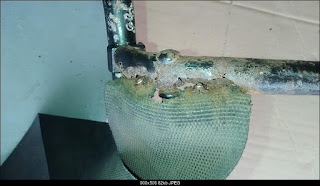 I ordered the Bestop replacement soft top hardware kit from Amazon, but it appears they're not going to ship it for 2 to 3 months. Unable to find another source without spending over $450, I ordered a Bestop Safari Top from Amazon and a No-Drill Windshield Channel from 4wheelparts (Amazon won't ship the part to Hawaii).

In the mean time, I'm going to try to get the bent frame back on (after a trip to the hardware store for a few replacement screws...some of the heads were rusty/stripped, and I don't want to put them back in).

Next up will be my first attempt at automotive repair. I'm going to replace the valve gasket cover to try to stop an oil leak. The picture below is almost two weeks worth. Also on the schedule for the next couple of weeks: Eastwood Internal Frame Coating, Por-15 for the outside of the frame, and possibly Monstaliner for the tub (the front and rear seat carpet is gone, and the back carpet is ready to be tossed). 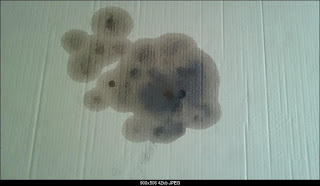 I almost forgot my favorite upgrade. The top of the steering wheel felt squishy, or rubbery (I could sort of rotate the outside plastic around whatever provides the structure). A $12 cover with a Jeep logo solved the problem. 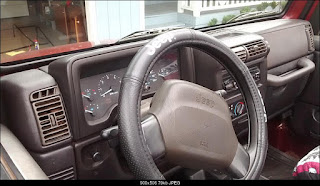