Things to do While You're Still Young 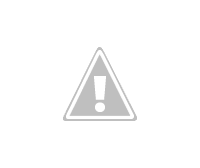 Something like 113 miles and 10,000 feet of climbing. I don't even want to talk about how long this ride took. I wish I had a GoPro, as most of the best views were during white knuckle descents so I couldn't easily pull out the cell phone and shoot pictures.

I had considered the Auwahi Wind Turbines my final turnaround spot in case I wasn't feeling up for the whole loop. I had figured most of the climbing was out of the way and it would be easier to press onwards rather than turning back. As it turns out, google maps grossly miscalculated the elevation changes and I had underestimated how bad the terrain would get. Also, the locals seem to get more and more angry with cyclists the further away you get from Kula. 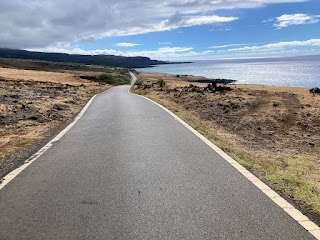 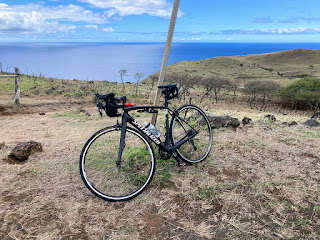 I had scheduled a stop for the purpose of spitting on Charles Lindbergh's grave, but was so thirsty, I rode by without seeing it. Instead, I begged my way into the National Park for a water bottle refill. I'm pretty sure I have a pass at home and didn't feel spending $55 for another one. 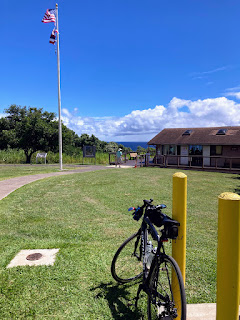 Finally back in civilization, I had lunch at Hana's finest Mexican restaurant. I wondered how long I could sleep on their picnic table bench before it got too late to pedal home.
The rain began around Keanae and did not stop. All my planned water stops were closed. Fortunately, Jaws Country Store was open for a few more minutes and didn't mind me eating pistachios on their lanai. 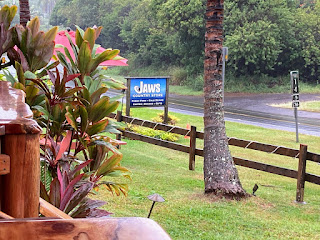