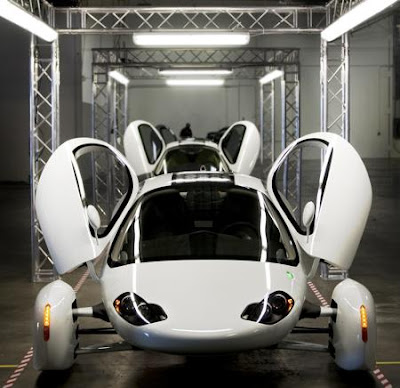 The 2e, Aptera’s two-seat, three-wheel vehicle,
gets the equivalent of more than 200 mile- per-gallon