775 New Zealand photos shot with the new Pentax. They can be viewed by clicking here. The pictures are pretty much in chronological order (NZ is the oldest, then NZ2 then NZ3). Nico shot a few more with the other camera which she might be posting somewhere.

Many of them did not come out well, and it is unlikely that I'll have much time to edit them in the near future. If you see a picture you like, and you are interested in a high resolution version (I have jpegs in the 10 MB range and RAW in the 12 to 14 MB range), shoot me an email with the image number (or post your request in the comments field). If you have already given me an email address, and I said I would send something to you, I am certain that I will do that eventually; but it might be faster if you requested again as above.

PS: I think I took 200 pictures of Picton. Can you blame me? 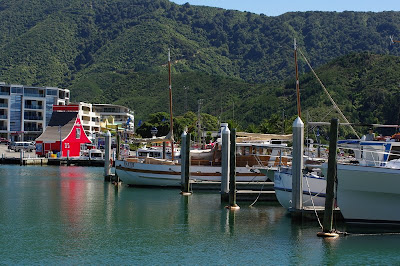