Weekend trip to Wellington for a live performance of the Great Gatsby. Pretty good production, though Gatsby's American accent came across a bit like Christopher Walken. Nico won a flapper contest, which prompted a woman from the Wellingtonian to take several pictures of us. Keep watching that link, and maybe they will be published.

Things to do in Wellington in the rain (all are free unless otherwise noted):

1) Take a tour of Parliament. 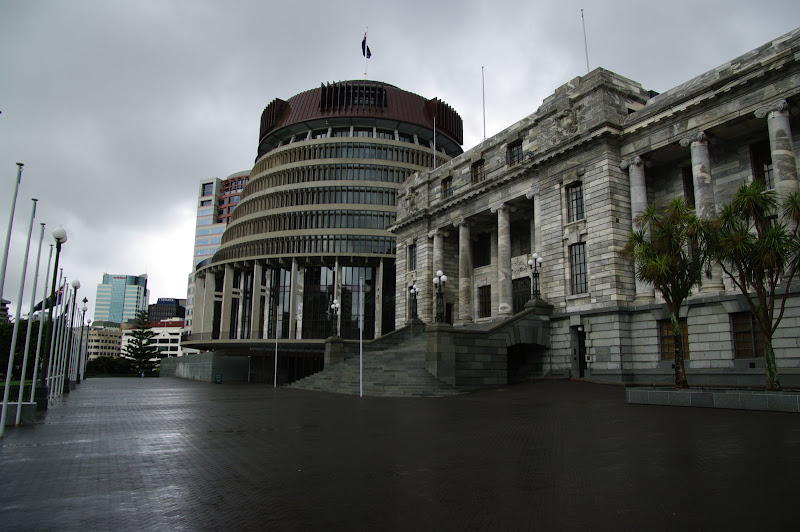 2) Visit the City and Sea Museum.
3) Visit Te Papa...it's a National Treasure, so you probably should do this even if it's not raining.
4) Afternoon tea at your hotel ($19.50 NZ per person; quite a bargain).
5) Photograph a cable car. $3 to ride the cable car. The museum is free, and there's a cool movie about the 400 private cable cars in the city. 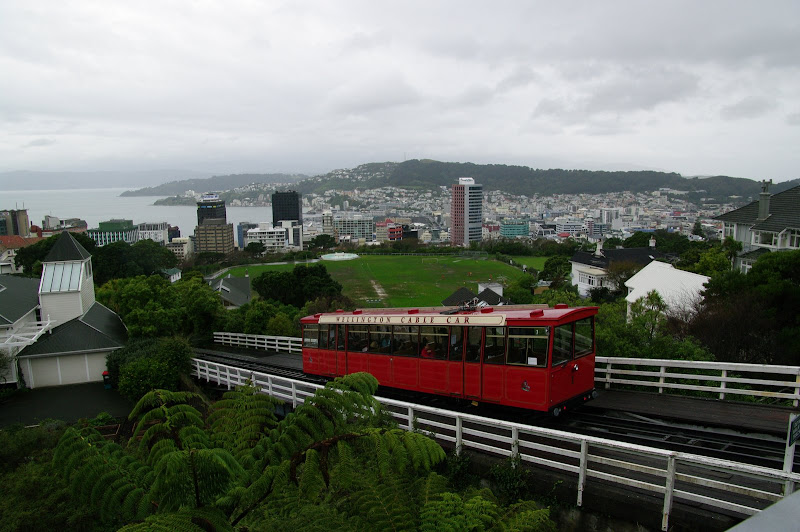 6) Catch a blues band at the Lido Cafe (I guess it's usually a jazz band. Admission free; food and beverages are extra.)

Things to do when the sun finally comes out:

1) Walk around Oriental Bay...take a picture of the city.

2) Climb Mount Vic...take a picture of the city.

3) Walk around the marina. 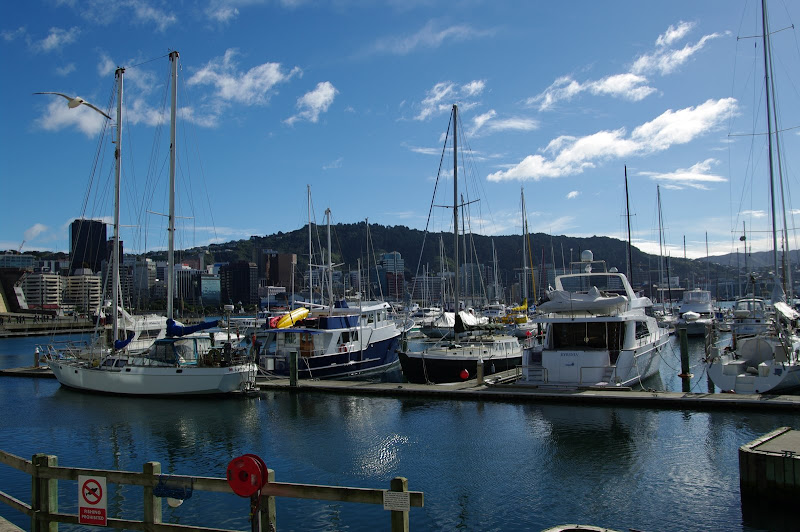 PS: Restaurants in Wellington are wonderful. We were supposed to eat at an Argentine restaurant, but it was unexpectedly closed on Saturday...so we ended up in a Cajun place; surprisingly good. Breakfast the next morning at Beach Babylon...also very good, though it's hard to mess up breakfast.
Posted by Michael Lasko at 8/11/2010 08:09:00 PM