A day at the Cape

Since moving to Hawke's Bay Nico and I have not eaten out very often; partly because we are poor Kiwi folk (and restaurants tend to be expensive), and partly because restaurants here are not great; not to say they're bad...just sort of average...expensive and average.

On that subject, the first in a series of restaurant reviews at takealotofdrugs.com:

1) Fox on the Quay. Many consider Fox on the Quay to be Napier's best restaurant. I would classify it under the header of "Fully Licensed Cafe", meaning it's the sort of place where you could have coffee in the morning, a glass of wine in the afternoon, and dinner at night (fully licensed meaning they have a full bar). Located across the street from the Sailing Club in Ahuriri, most tables (or at least the outdoor tables) have a nice view of the water. The occasional loud passing car can be a bit distracting, otherwise the atmosphere is pleasant. [Aside: I had a comment about NZ restaurant aesthetics, but this post will end up being way too long. Instead, I've included a photo of the Cape Kidnappers Light House.] Nico ordered chicken breast with sesame, lime and coconut paste on baked kumara wedges with rocket and fresh mango chutney (and rated it excellent), I had artichoke ravioli with tomato concasse sauce, grilled artichoke and finished with shaved parmesan (and rated it pretty good). We passed on dessert, though they all sounded fantastic. Overall rating: good, but not great. 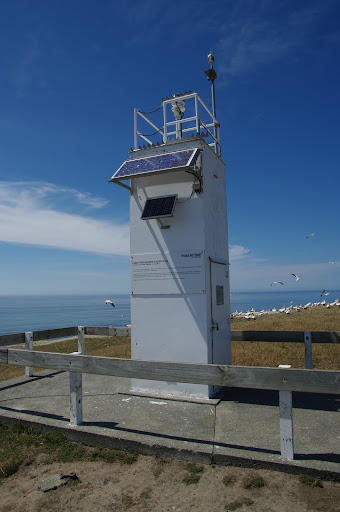 2) Clifton Bay Cafe. I may have written about the Clifton Bay Cafe before; all we've ever eaten there are coffee and scones (or today: tea and scones). The scones are superb, giant, and two for $5. The coffee can be ordered in a bowl. The real food always looks very good when it's brought to other people, but we are never able to pass up the scones. The wine list is also impressive, but does not really go with coffee and scones. 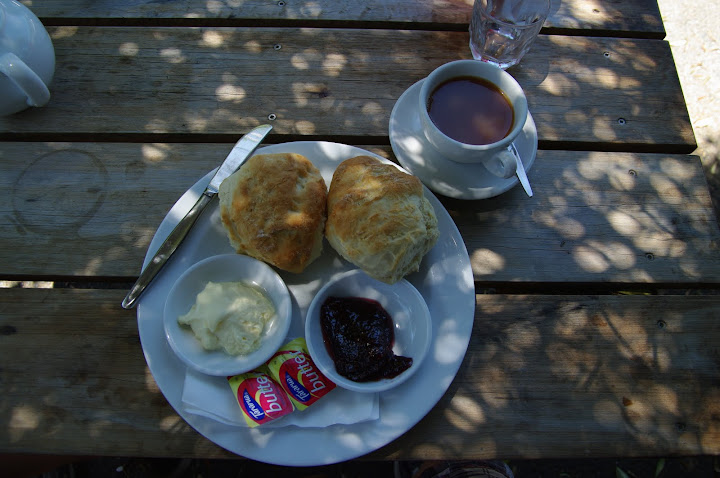 Now that the business is out of the way: We took a walk to Cape Kidnappers this morning (and walked back this afternoon). I wrote about the walk last March, so I won't bother repeating myself here. I was attempting to 1) take a photo that is worthy of framing and 2) take a cool picture of a gannet.

Here are some of my efforts: 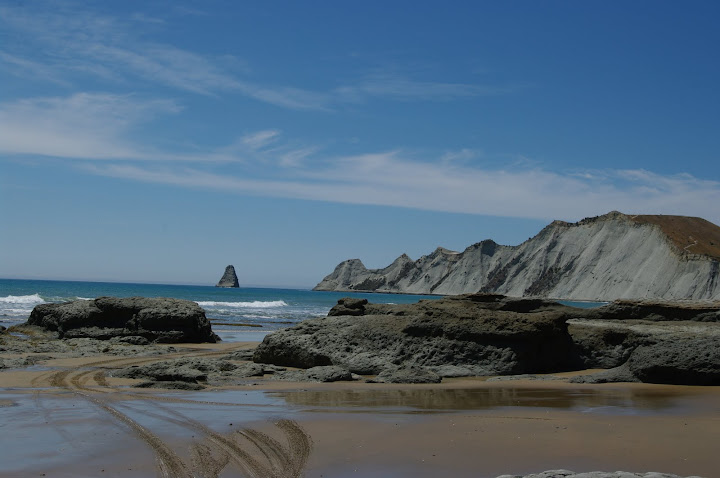 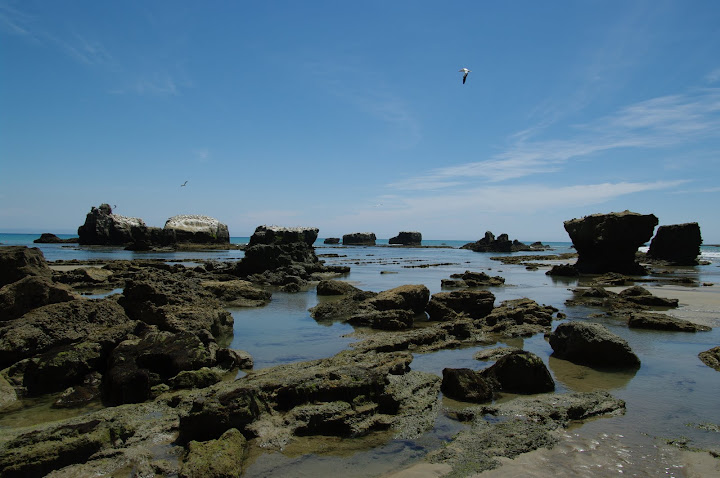 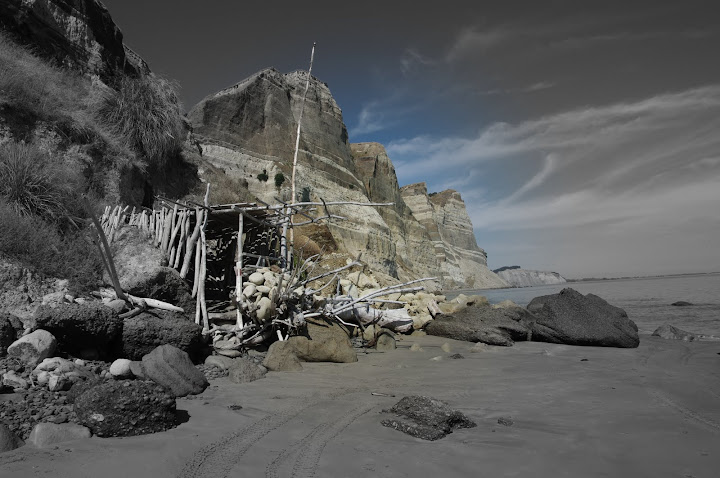 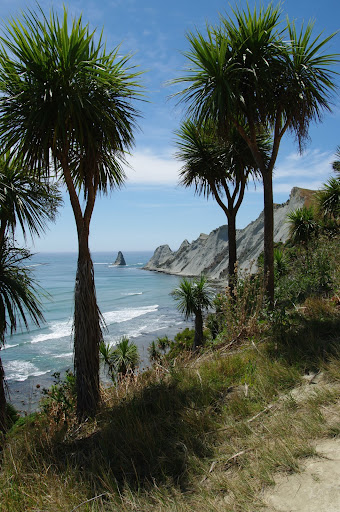 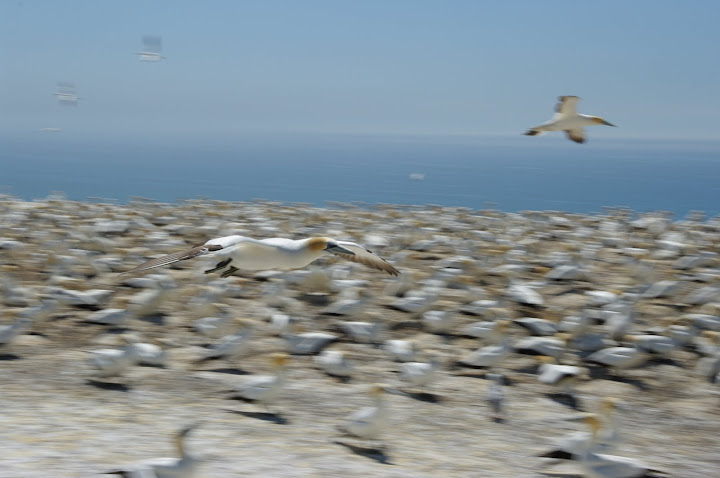 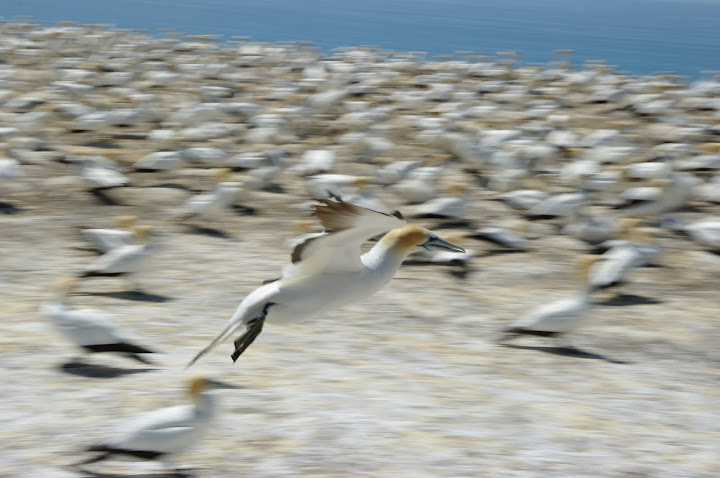 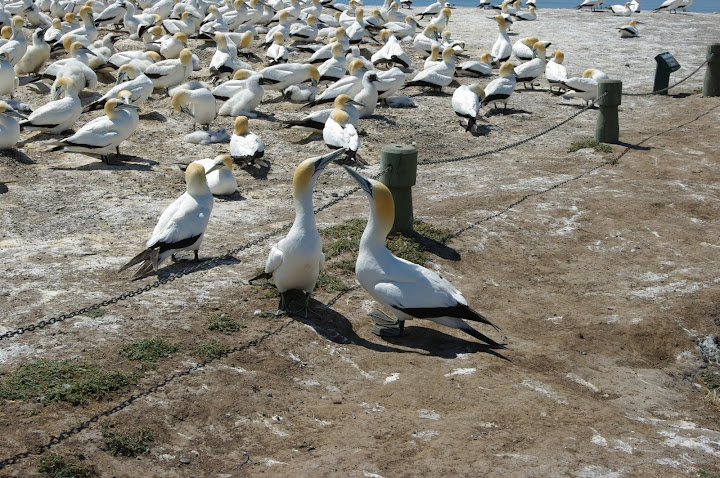