The trouble Tate has gotten me into.

Today's post over at stokefire was rather topical. Does J-Sicky fit under "names that don't translate well", or should there be another category: "names that might possibly not transliterate well from another language"? Here's an interesting article from snopes about my former employer.

My apologies to anybody who may have been offended by yesterday’s proposed nickname for our very own Jessica Kwon. As most of you are aware, I speak very little Korean, so hopefully everyone understood that my intent was not to offend anybody.

As an alternative, we were going to go with “J-Sickle” (still a derivation of Jes-sica), but I quickly realized this name may be offensive to residents of the former Soviet Union. 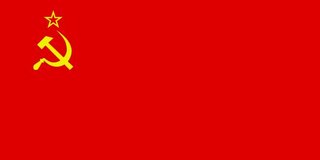 For now, I will be sticking with “ICE” (also a derivation of Jess-ica). The name is ironic, in that Jessica has such a warm personality…and as is not at all icy. Everybody: please try it out today.

A quick response from my new second favorite Korean Pharmacist:

I'm sorry Jessica, but you'll probably never get rid of J-Sicky. Michael is like a dog with a bone when it comes to nicknames. #1

Hi My Darling Clementine! I have a symbol for my new nickname which is kinda cool! I am now the pharmacist known as:
"http://www.dl.ket.org/latin1/things/planets/gods/images/saturn.jpg" Yay!

Much better than a song. I trust Michael has shared with you all the verses of that dreadful song. Funny, most people only know the one chorus. He was most pleased to enlighten everyone in our residency. #1

Indeed he did. Lovely song, love the last stanza the most: