The carny asked my dad if that was Steve Poltz on the tube.

The sun was out, gas was cheap, and bicycling 90 miles seemed like a really bad idea. And so we took a little drive down the coast.

The tortoises also found the weather to be just perfect. Here's Number 5 (she's like a hundred and something) and her diminutive friend Shellie (Shellie is actually much, much smaller than number 5...artists call that perspective, or something). 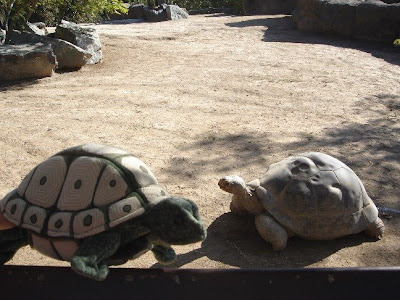 Later, we headed to the mall, where Steve Poltz was playing a gig at the Apple Store. I know you are probably asking yourself: "Who the hell is Steve Poltz?"

He's the occasional lead singer of the Rugburns. He wrote some really irritating Jewel songs. And maybe you've heard this one in a Jeep commercial:

[The old man who walked into the frame is Father John, a local priest; he requested to hear some songs about church buses.] 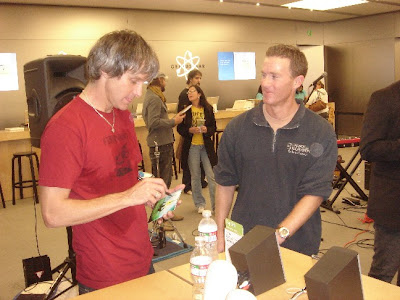