(Alternative title: Sandcastles in the Sand) 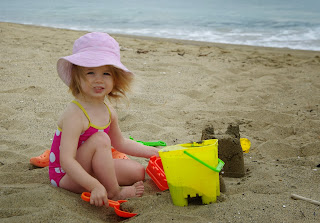 Actually, any day I don't have to work is a pretty good one. But since today is Christmas (and nothing is open), we headed to the beach. Going to the beach with two small children is more difficult than going to the beach without two small children. I had to choose between bringing my surfboard or a gazebo to protect my northern beauties from the sun. [Aside: A gazebo in New Zealand is like a tent without walls, and not something you might court your lover in if you were both starring in a Broadway musical.] 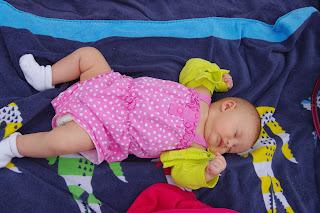 Zooey spent her first beach day the way she spends most days. Why yes, those are real alligators. If you ever get bored, I highly recommend going to an IZOD store and asking where they are keeping their alligators.

And then the crowds started to arrive. 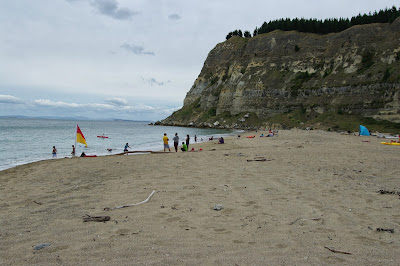 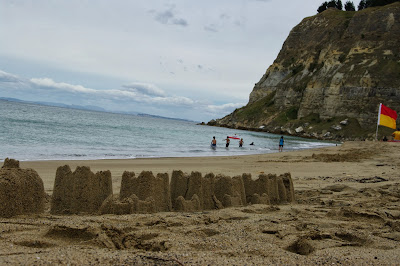 The Kingdom of Jancie was destroyed shortly thereafter. History will likely note that while her short reign was the result of numerous factors, her fear of getting within three metres of the water tended to leave the castle(s) vulnerable to an attack by sea. 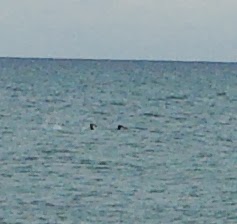 I almost forgot, there were these dolphins...which I suppose is not particularly unusual if you live near an ocean, but is still sort of a neat thing to see swim by. Unfortunately, I never seem to have the correct lens with me, so this is closest you will get to them.