Drive my car into the ocean

For those of you who might have been worried about us, if a Tsunami hit Napier, it was not much noticed by us locals. Apparently three cruise ships stayed out at sea, which left plenty of room for our picnic in front of the Bay Cities' Symphonic Band. The bandstand is right on the beach, though it appears to be a few feet above sea level. I'm told downtown Napier is below sea level. 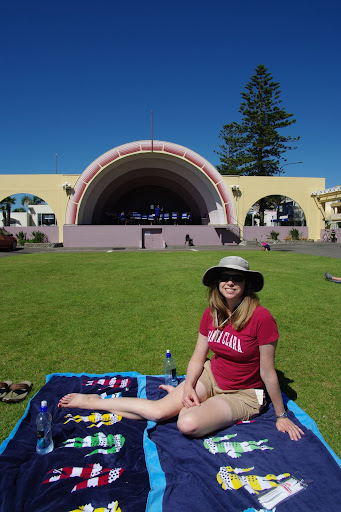 Nico and I used to drive around during Hurricane warnings in Indianapolis, so what could be better than a trip to Ocean Beach (which is supposed to be amongst Hawke's Bay's finest) during a Tsunami warning. We made it most of the 30k through beautiful rolling pastures and vineyards, but were turned away by a closed road near the end of the trip.

A little exploring led us to Te Mata Peak, where crazy people were jumping off a mountain. 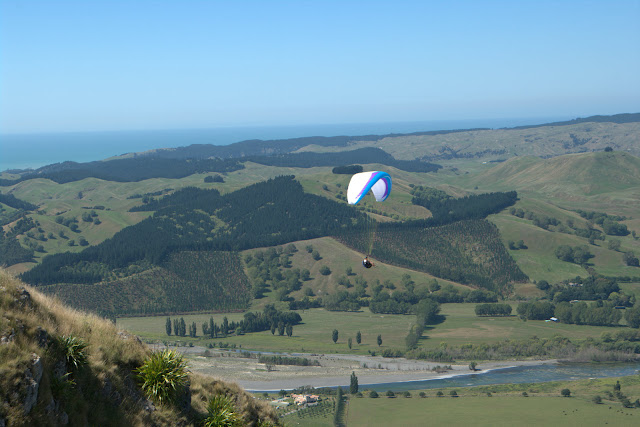 Back in Napier, we took a look at the local sailing scene. 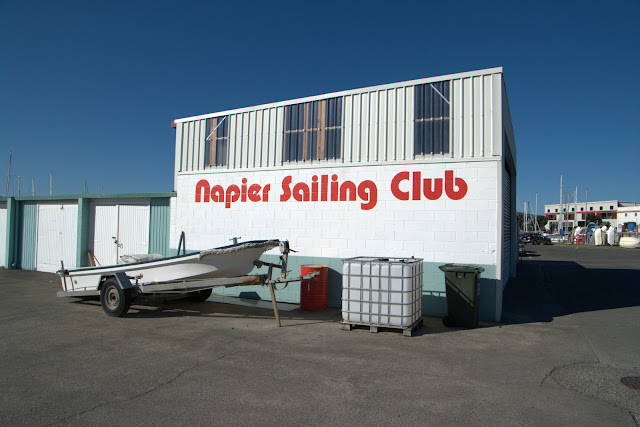 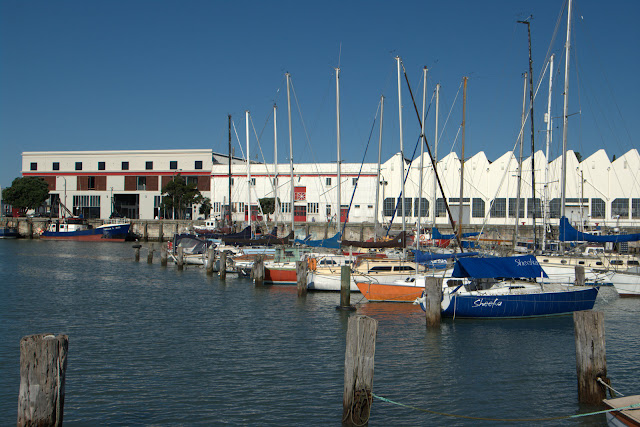