I have been having trouble taking a photograph that accurately captures Napier. I'm guessing I need a wider lens, or perhaps I just need more practice with the lens I have. Here's a typical street in the Central Business District (CBD). 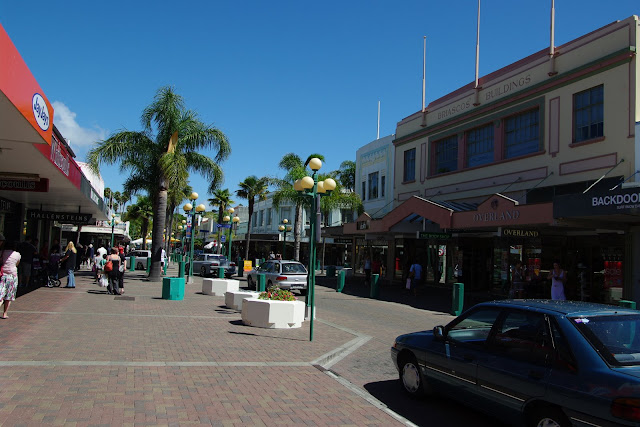 This is a downtown Napier beach. The bike path goes on forever. 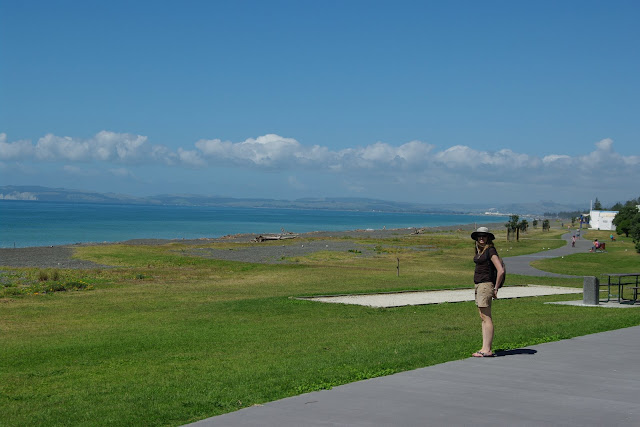 And here's Nico at the Warehouse. The Warehouse is best described as a combination of Walmart and Big Lots. Still, like most of New Zealand, it's enough like the US to be livable. Look at all those toothbrushes. 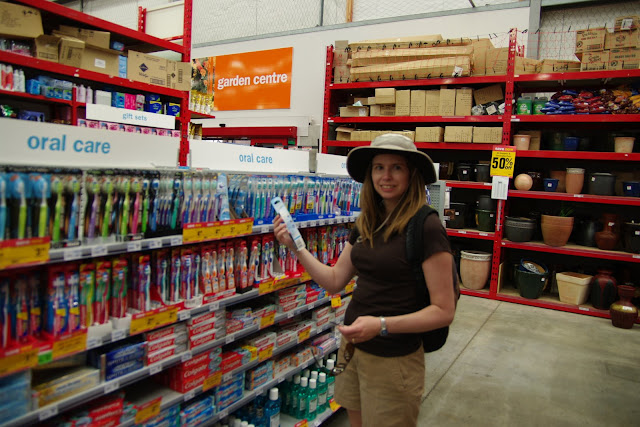 On to the important stuff. It appears we've found a home to let, though we won't know until Monday when the current tenant will be vacating. It's in the town of Havelock North, which we had not considered before arriving in NZ because it is 10 clicks from the water. However, after driving around Hawke's Bay for a few hours, we both agreed it is one of the nicest cities we've seen in NZ. Also, there are not a lot of other options available for rent at the moment.
Posted by Michael Lasko at 2/26/2010 04:06:00 PM