Things I never would have done in the US

Some of you may remember our beautiful walk to the gannets at the end of the summer. Last weekend, the local triathlon club had scheduled an informal run to the same gannets (except that most of the gannets were smart enough to fly north for the winter). 21k (round trip) over sand and rock. What could be better? I'll tell you: Throw in some rain, temporary rivers/waterfalls, and falling rock. [All photos taken by someone else who felt like running in the rain with a camera.]

I could not have dressed worse, and was already pretty damp before we started running. 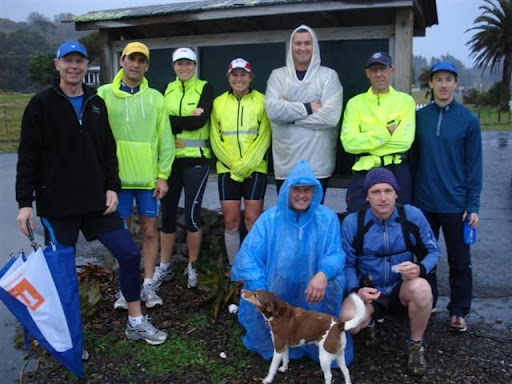 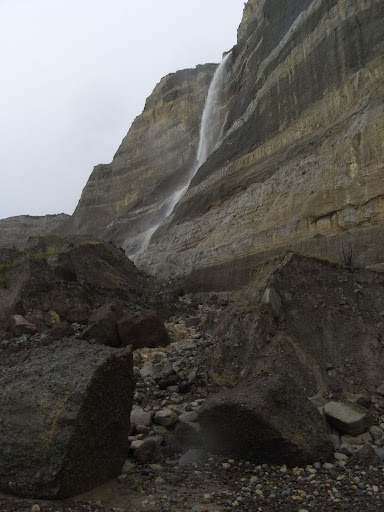 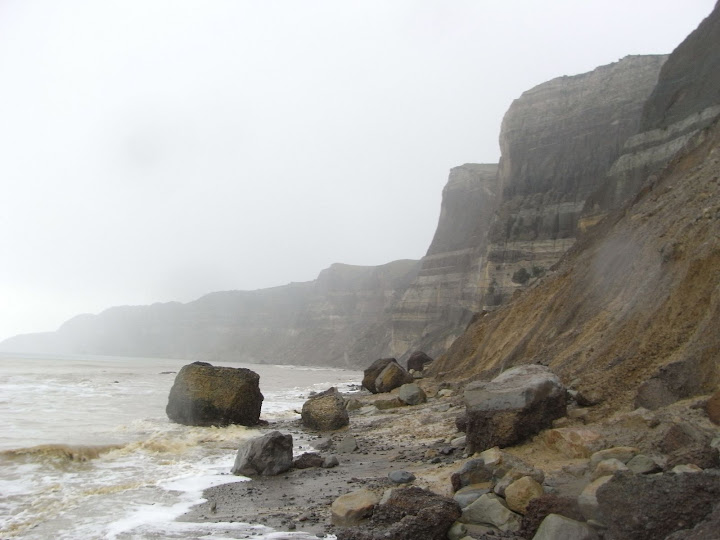 Seem to have lost a couple of people along the way. I hope it was not in the waist high surf that we had to wade into when the beach disappeared. 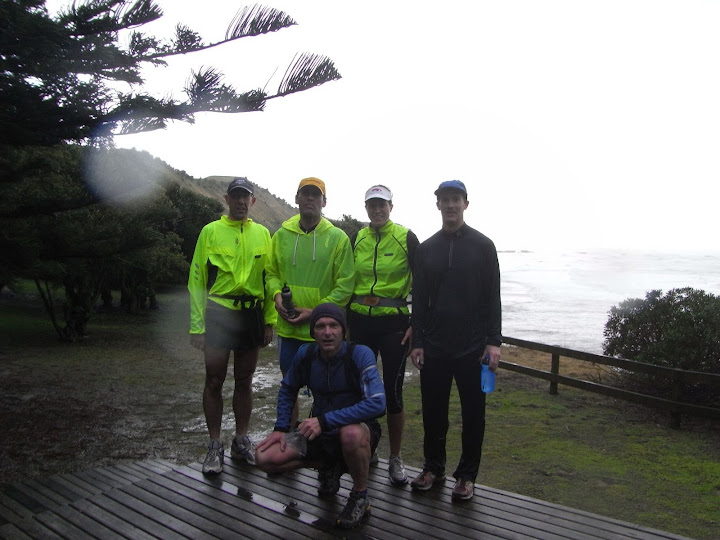 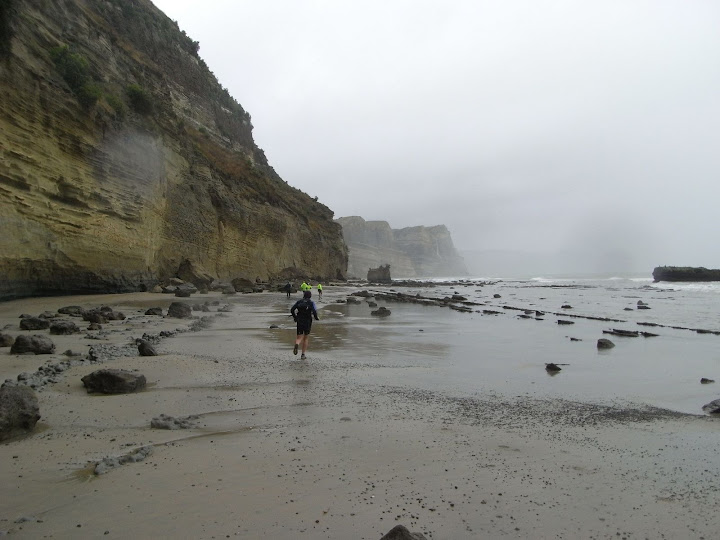