She said it's cold. It feels like Independence Day.

Alternative title: The summit where Tamatea, the man with the big knees, the climber of mountains, the land-swallower who travelled about, played his nose flute to his loved one.

We were planning on actually walking up to said summit (2 hours each way, over private land), but all the no trespassing made us alter our plans a little; we settled for a photo of the 10 metre sign. 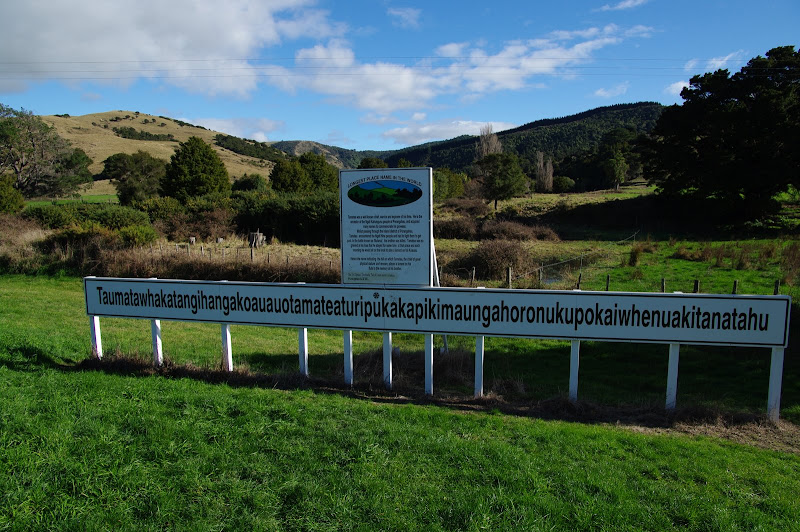 Instead we ended up at what I dare say is Hawke's Bay's finest beach. 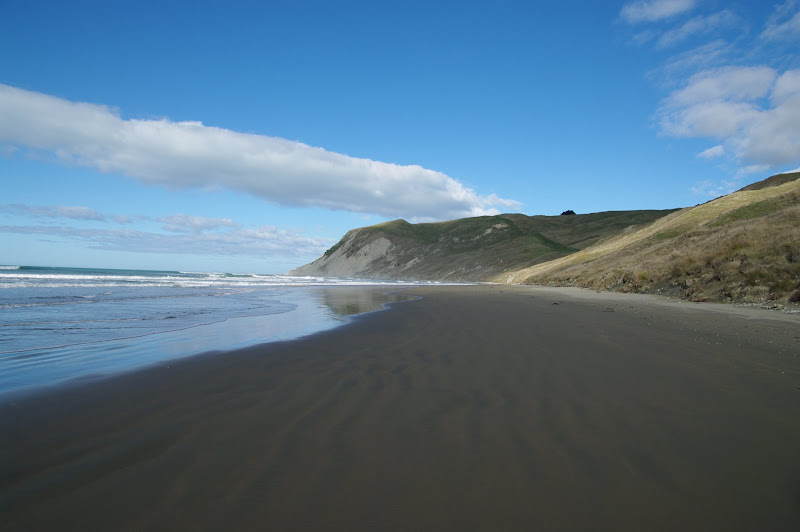 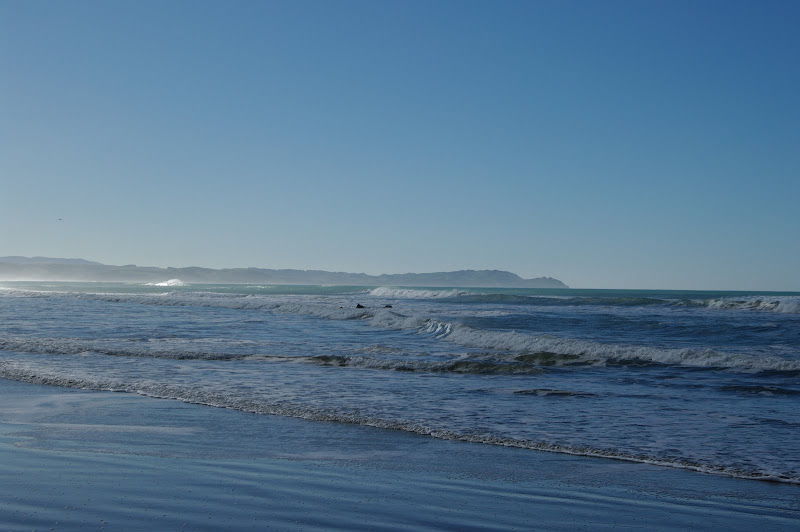 It looked very surfable, though I am confident that even if I had brought my wet suit and surfboard, Nico would not have rescued me were I to be carried off to Fiji. 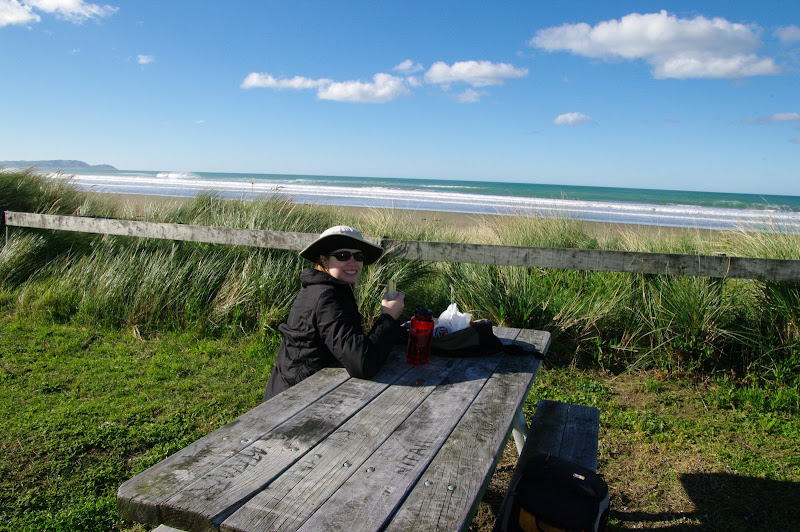 As Nico is thinking it will be too hot for Thanksgiving dinner in November, she's currently in the process of cooking Thanksgiving dinner today. Except there are no turkeys in New Zealand (aside from the gaggle of wild turkeys I nearly ran over on the way to Taumatawhakatangihangakoauauotamateaturipukakapikimaungahoronukupokaiwhenuakitanatahu)...so she's going to work some magic on a chicken.

We had considered throwing a 4th of July party, but thought it might not go over very well in a country that was rather opposed to independence from Britain.
Posted by Michael Lasko at 7/03/2010 01:33:00 PM