Orange International Street Fair (I am now caught up)

After the weekend at the beach, we still had time to meet some friends for some impromptu beer drinking.

Here's Nico and mi amiga Kelly (who lives in a cool house within staggering distance of said fair). 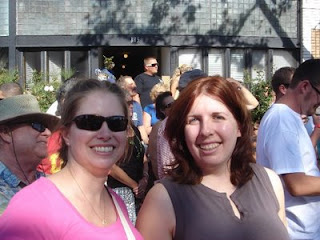 We watched the American Wake (my new favorite Irish band) over on Irish street before heading over to Mexico street, where Nicole's boss was working a beer booth. Tom helped answer the question: "Is free Michelob Amber Bock better than $5 Bass Ale"? Thanks for the free beer, Tom! 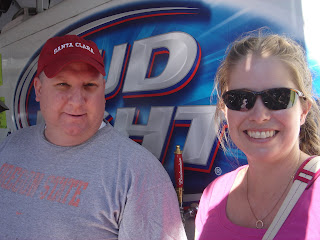 And here is my very good friend Nam (who might be angry that I am posting this picture) and his niece/nephew inside Watson's Drug Store. We were trying to hit the pharmacist up for some free medical advice, but the pharmacy was closed. 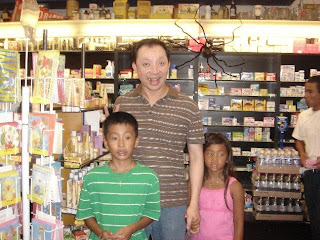