Weekend at the beach (catching up on some old business)

Some might think it's crazy to pay to stay in a beach cottage when you only live four blocks from the beach. But they are really cheap, I was able to get a reservation for one, and I wanted to see the controversy first hand.

So off we set on the bicycle [the Friday before last--sorry I'm a little behind]; Nico thought we were going to San Diego, but must have been happy when we stopped after 7 miles in Crystal Cove State State Park. 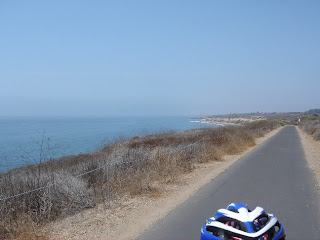 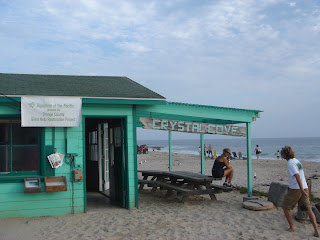 We had one of the few rooms without a view, but here are a few shots from the (shared) balcony: 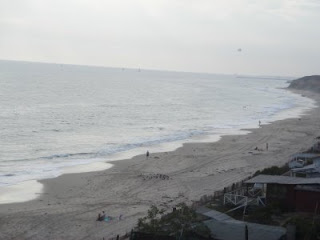 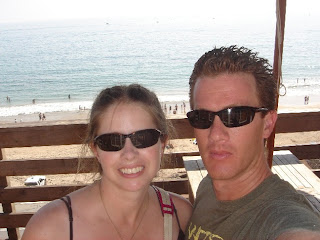 We spent a lot of time drinking expensive drinks at the Beachcomber, but managed to get out for a bike ride down to Dana Point. To mix things up, we biked out of Dana Point Marina the back way. Here's a picture taken from the top of what might be the steepest hill in Orange County: 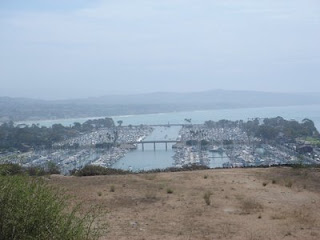 Overall, I found the cottage to be a little on the uncomfortable side. The accomodations are about what you would expect in a State Park, I guess. If you are used to camping, it will feel luxurious...if you have our tastes, it will feel like camping. 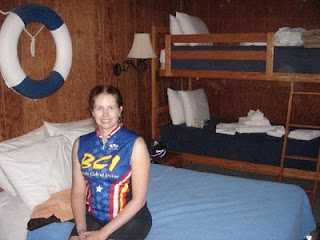