I'm not looking for a New England

Yesterday marked the official end of summer (at least according to the Napier Sailing Club). The final race of the season included a delayed start (due to lack of wind); several very strong gusts; a few 180 degree wind shifts (twice causing an upwind and a downwind leg on the same leg). The local sailors all remarked that the conditions were very unusual, but many seem to have a short memory for such things. 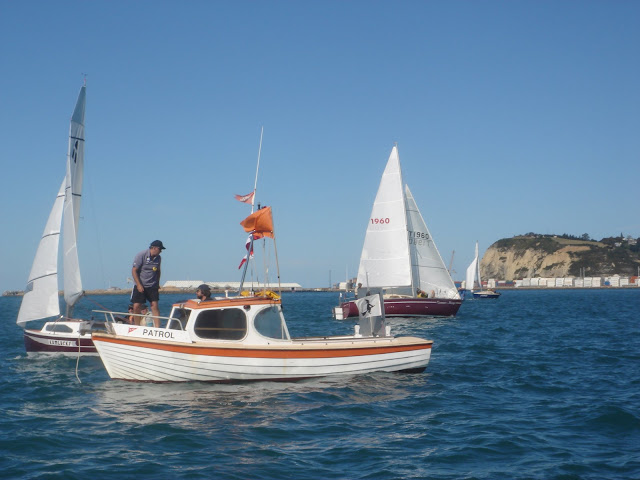 Today (Sunday), Nicole's only instructions for afternoon tea were: "Don't overdo it". 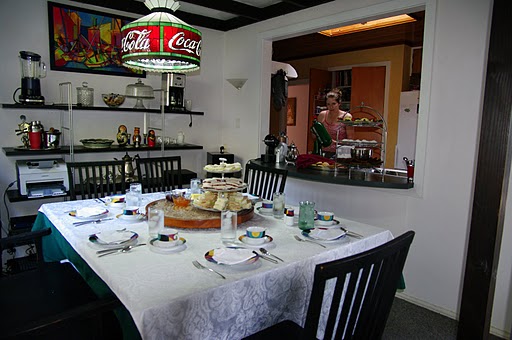 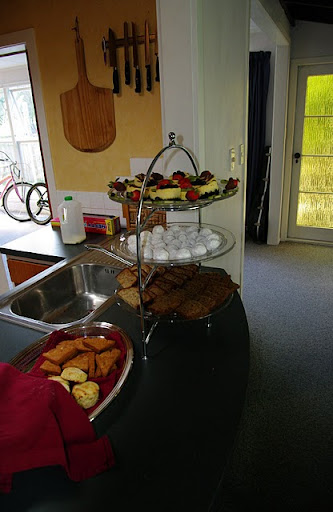 A little chilly tonight, so I was thinking about starting up a fire. Upon opening the fireplace (read wood burning stove) door, I noticed the ash moving around a little. With a puff of smoke (read ash) out flew a bird. It chased me around the house for a while as I tried to open doors and windows, then disappeared down the hall. A couple of umbrellas eventually convinced our new avian friend that he would be more comfortable outside. 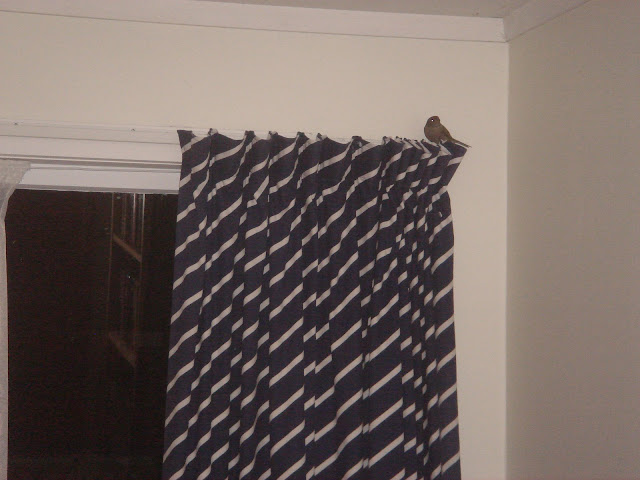