I had not been putting much effort into finding my way onto a boat, but as it's starting to get cold, I figured I'd better get around to it. A single email later, and the sailing club manager had said he'd put me on a "trailer sailor". I was not sure what to expect.

I ended up crewing (rather poorly) on a Noelex 25. 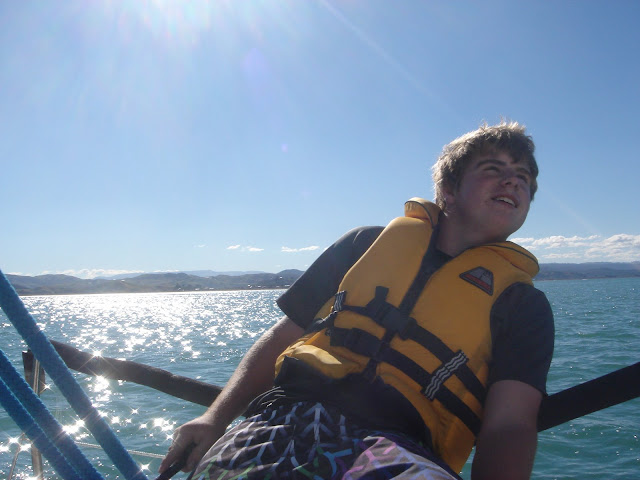 His grandfather, Alan was calling tactics; Alan (like most Kiwis) did not seem amused by my camera, so I don't have a picture of him.

Here's another Noelex 25, and the only boat we finished ahead of: 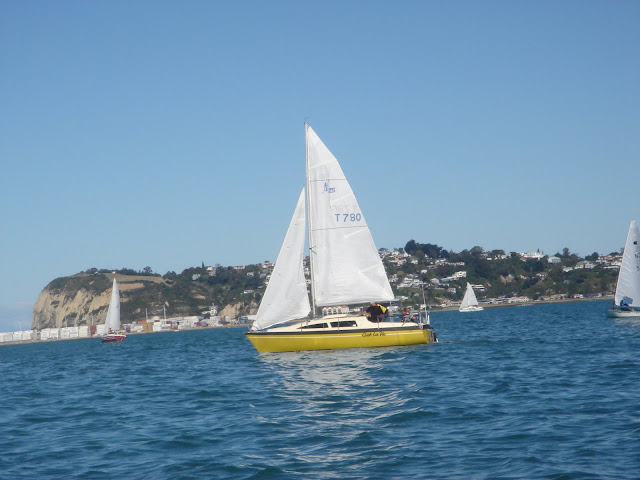 Some pictures around Napier that made me start thinking we're living too far from the water. 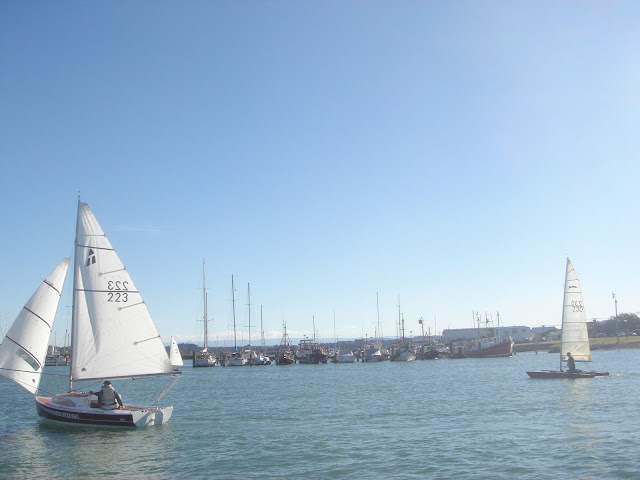 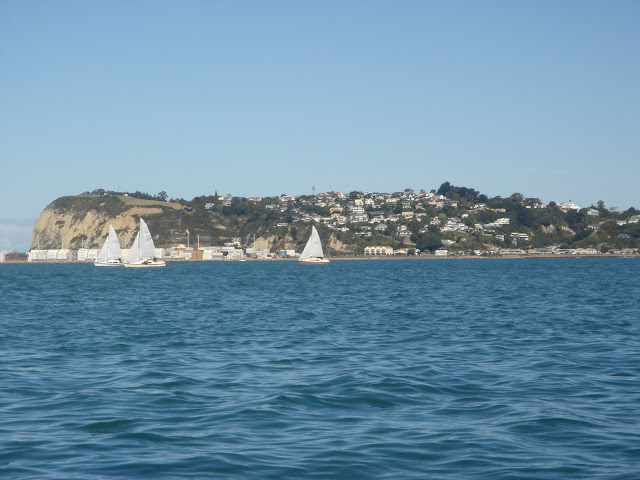 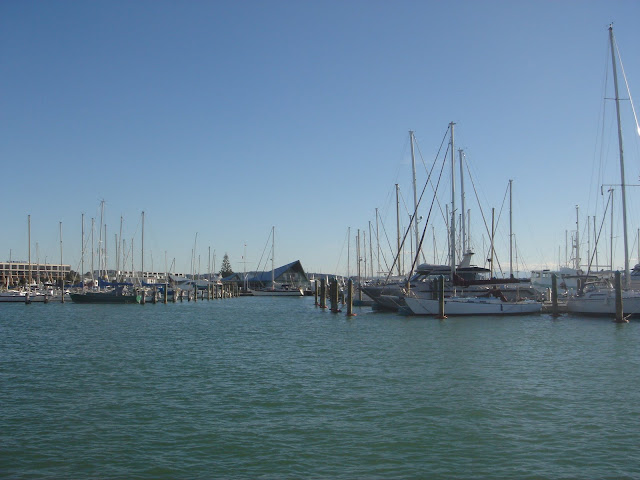 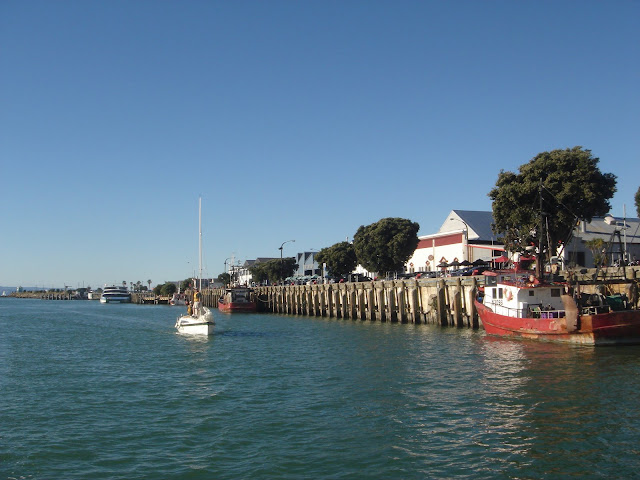 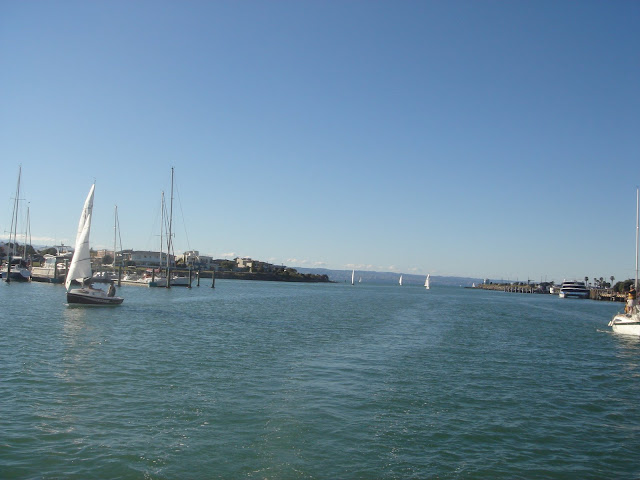 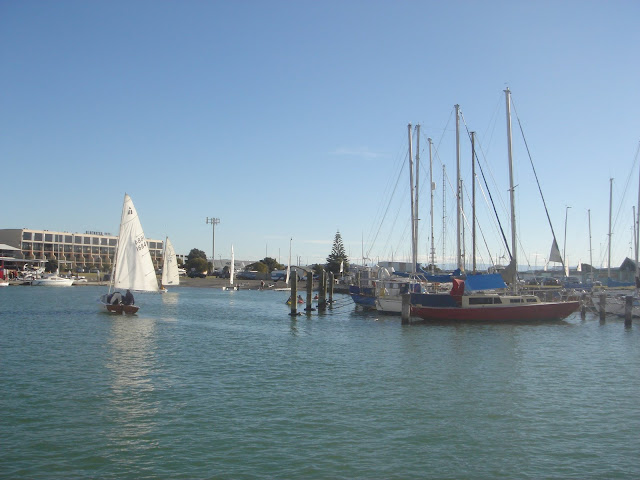 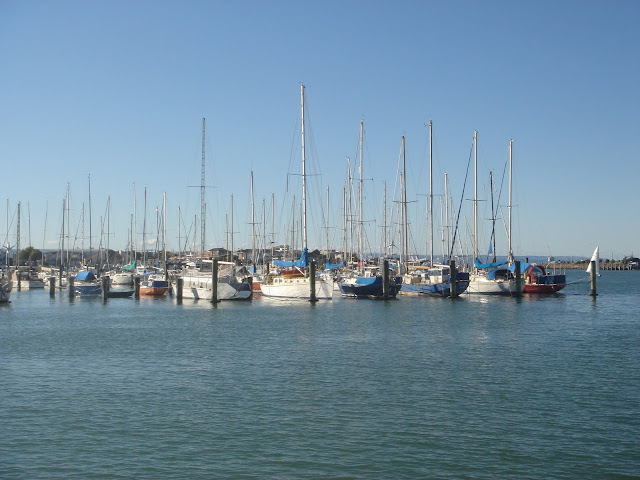 Sorry for all the pictures. I was having trouble finding a single one that captured the beauty of the marina; probably because I was steering on the way in, and I could not figure out how to turn the throttle down.

PS: The answer to both of your questions is "Yes". [The boat is named Big Bird, and that is a tractor.] 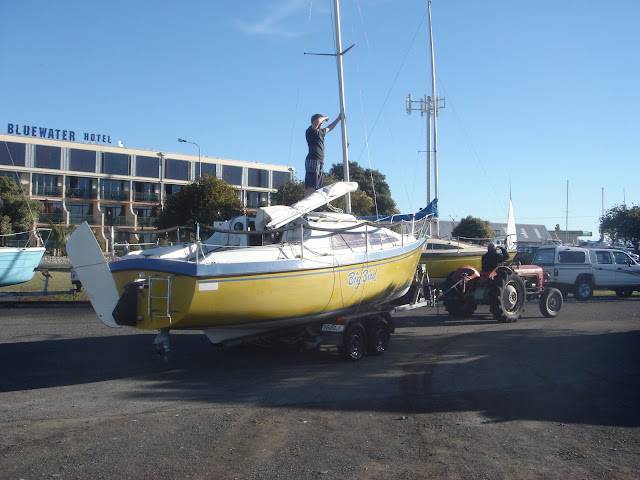