2 Days in the Valley.

I guess I was downtown for part of the 2 days, but that does not sound as good. In fact, nobody would name a movie: "Part of 2 days in Downtown".

So I was in this wedding yesterday. Nothing better than getting to wear a tuxedo...it's like a bunch of tailors sat around and thought up the most uncomfortable set of garments they could possibly invent. I wish I were a waiter, so that I could wear tuxedos every day. I would have them made out of tweed, so that they would be extra itchy. Anyway, congratulations to my very good friends Dalia and Dan...it's about time. 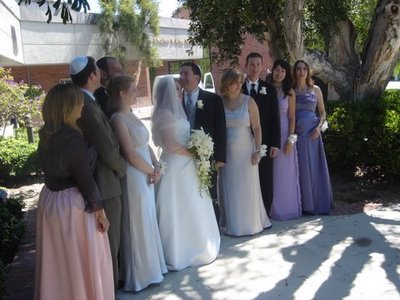 So living here in the Bubble, we're about an hour away from Los Angeles (unless there's traffic..I hate LA). But I cannot tell you the last time I actually made that drive. Since we had this wedding to go to, we decided to do some touristy stuff: Here's Nico at the La Brea Tar Pits (if you're not a Spanish speaker, that translates to "the Tar Tar Pits"). 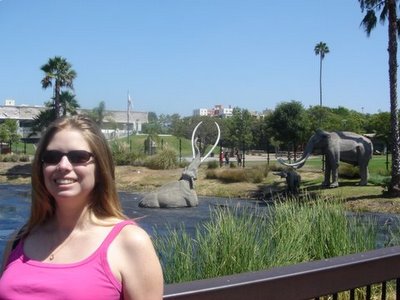 They've been digging in pit 91 for 40 years, but have only made it 12 feet. They were uncovering a sabertooth skeleton while we watched. 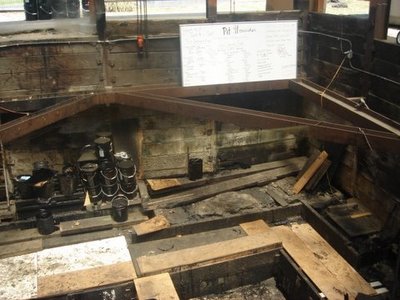 Here's a sign that hung over the pit. Good stuff (Like: "We do not find dinosaurs at Rancho La Brea"). 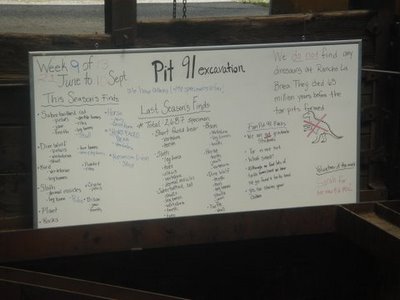 More touristy stuff: The historical Farmers' Market. We had freshly made ice cream, which was just mediocre...and of all things, here's a pharmacy (does anybody else think this looks like a Mexican pharmacy?) 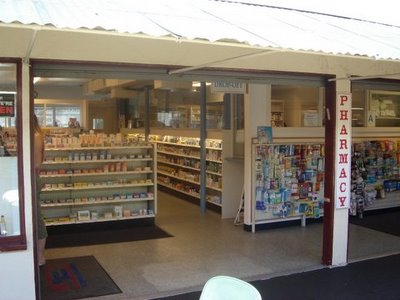 That's about it on our trip to LA...oh, except we stayed at the Bonaventure. Those elevators freak me out.

Things you can say to a co-worker on her birthday: "You don't look a day over 50."

Things you cannot say to a co-worker on her birthday: "I'd like to wish you at least 8 more happy birthdays."

I believe the words were "Michael, you are the cruelest and meanest person we know"...loosely quoted.

What I meant to say was: "Chi, I want to say bappy birthday to you 7 more times..." I understand how I might have been misinterpreted.

What the hell is a babby birthday?

Bappy. Same has Happy. I read it all wrong. Note to self: stop reading Nicole's and Lasko's blogspots at 11pm.

Ahhh, the Tar Pits. I have fond memories of Jessie, my roommate that flunked out in October, and Dave, walking down Wilshire.